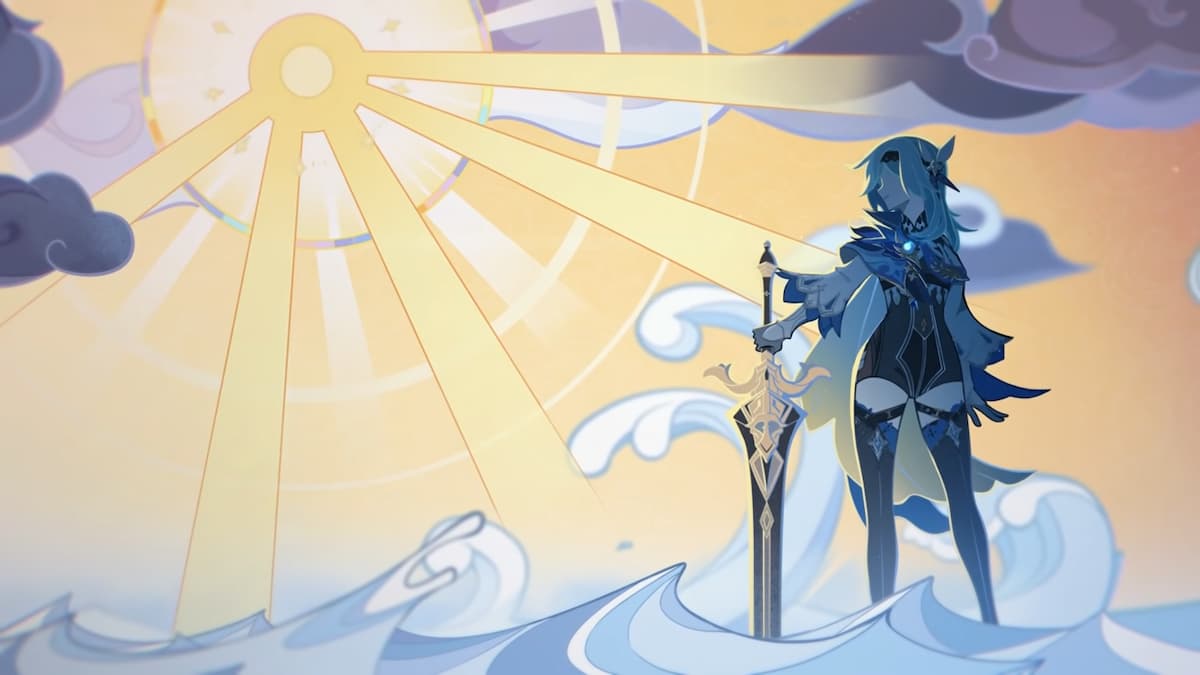 With Eula’s arrival in Genshin Impact, Claymore users get yet another option to add to their lineup, although this time with a little twist. While Eula is a Cryo user, her kit and abilities will greatly increase physical damage, making her one of the best physical damage dealers in the game.

Genshin Impact 1.5 also introduced some new Artifacts that appear to be tailor made to get the most of of the impressive warrior that is Eula Lawrence.

When it comes to 5 Star weapons, none appear to be better for Eula than the Song of Broken Pines. It can be obtained through the Wish system, and will do a massive 49 base damage. It increases attack damage by 16%, and characters gain sigils while attacking enemies. After four stacks, they get a 12% increase to attack speed, and a further 20% increase to attack damage, for 12 seconds. This is a pretty nutty combination of buffs, and is incredibly on Eula.

For free-to-play players, the Prototype Archaic is excellent thanks to the massive additional damage that it can proc, or even the Snow-Tombed Starsilver will give Eula very impressive damage stats to take advantage of.

For a straight physical damage focus, we would suggest a combination of two parts of the Pale Flame Set, and two parts of the Bloodstained Chivalry set. Both sets will give a 25% physical damage increase at two pieces and will stack to give a total of 50% increase damage, which is crazy. While it’s possible to go with a Gladiator set if you wish, that won’t give quite the same benefits as the previous two but will do just fine as a stopgap while you farm them up if you need to.

The Bloodstained Chivalry set can be obtained from the Clear Pool and Mountain Cavern, while the Pale Flame Set can be gotten from the Ridge Watch domain between Mondstadt and Liyue.