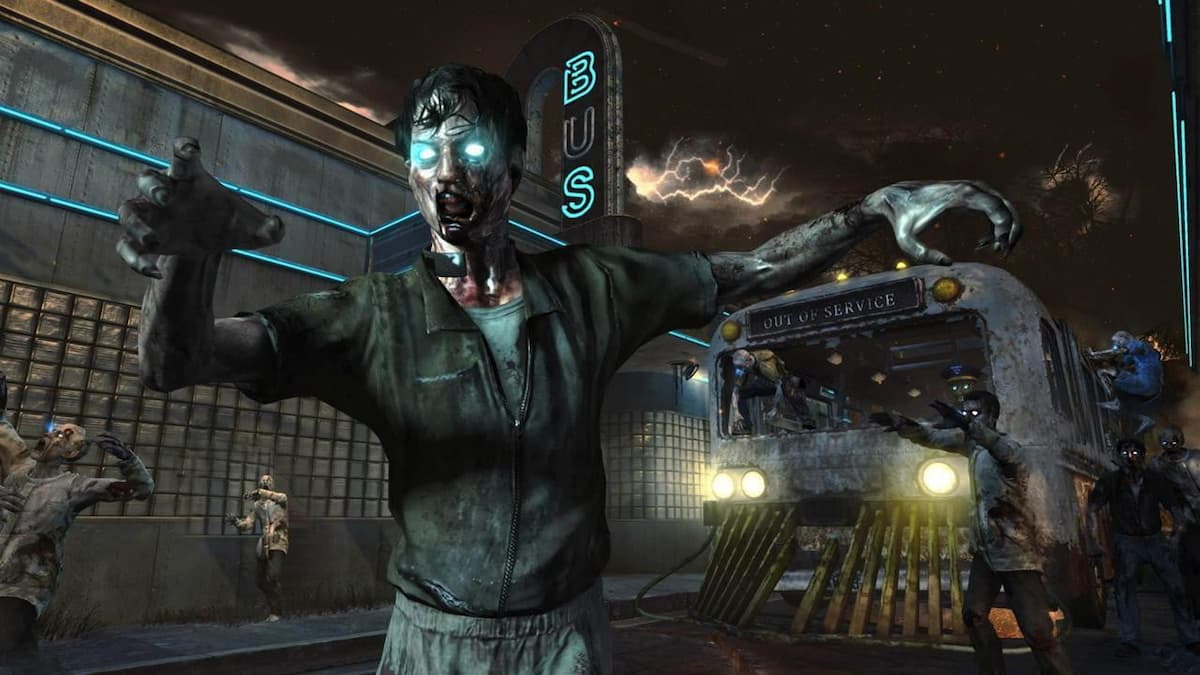 Starting as a fun extra unlocked after beating World AR War’s campaign, Call of Duty Zombies has become a mainstay in the juggernaut series. The wave-based survival mixed with Call of Duty gunplay and complicated storytelling has captured a dedicated fanbase that doesn’t look to slow down. While the fans may love Zombies, there are undoubtedly some maps that are better received than others. Whether it’s because of a cooler idea, more fun gameplay, or a better main Easter egg quest, here are the best Call of Duty Zombies maps.

Shadows of Evil is the first map included in Call of Duty: Black Ops III and takes place in a purgatory called Morg City. In this map, four characters who are being punished for past misdeeds need to acquire the Summoning Key to put away the Shadowman, who would become the main antagonist of Black Ops III Zombies.

This map is where the Lovecraftian Keepers and Apothicans were introduced, and a new storyline focused on capturing souls to fix the timeline was started. It also features the voice talents of Heather Graham, Neal McDonough, Ron Perlman, and Jeff Goldblum. It has distinctly unique elements, including turning into a Lovecraftian monster yourself to provide power to areas and zip-around locations.

The wonder weapon for Shadows of Evil is the Apothican Servant, which acts similarly to the Gersch Device from Ascension, but in gun form. It creates a black hole that sucks zombies in then explodes after a short duration.

At number nine, we have the map named IX. This was the first and best map in the short-lived Chaos story in Black Ops IV. Taking place in a Roman gladiator arena, you will fight off zombie tigers, Marauders, and Destroyers in addition to traditional zombies.

This map’s placement is unique compared to other Zombie maps. The starting location branches out into four different areas that then meet up again when traveling underground. There are multiple areas suitable for training a horde of zombies, and the Easter egg is pretty fun, although the final boss is way too easy compared to other bosses in the series.

The wonder weapon called the Death of Orion is a fun, unique weapon that will stun and capture the targets in a snare of electricity.

Moon was the final Zombies map in the first Black Ops. Its main Easter egg quest had significant repercussions on the storyline going into Black Ops II until the story was rebooted on a different timeline. When outside, you deal with low gravity and slower movement speeds, and one of the largest spanning round-based maps in all of Zombies history.

The game starts on Earth, where you get frantically attacked by zombies in front of the Pack-a-Punch machine before teleporting to the Moon. This map is probably the most difficult for newcomers into Zombies, so definitely go in with someone familiar with the map’s mechanics.

The wonder weapon for Moon is the Wave Gun. This weapon can swap between a singular entity and dual wield pistols at the press of a button. Its dual wield form fires out electric bursts of energy that do a lot of damage. When combined into one weapon, the Wave Gun makes zombies dance before they float into the air and explode.

Kino Der Toten is the first Zombies map in the first Black Ops game. It is located in a German theater that will introduce you to Crawlers, zombies that move on all fours and explode in toxic gas when killed. Being released so early in the Zombies development cycle, this is about as classic of an experience that you get on this list. There was no main Easter egg quest in this map in the original release, and it doesn’t have any crazy gimmicks. Just fight for your life throughout the environment you are given.

The wonder weapon for Kino is the Thundergun, which launches out a strong blast of air that blows zombies back.

Die Maschine is the first Zombies map from Black Ops Cold War and signaled a turning point for the mode. Many new aspects were introduced into zombies with this map and show how far the series has come since World at War.

The very first Zombies map, Nacht Der Untoten, is present and widely expanded to include an underground Omega bunker that you will explore and find a portal to travel into the Dark Aether. Plaguehounds make their debut alongside the Megaton zombie, split into two atomic skeletons when its health is depleted.

The wonder weapon here is the D.I.E. Shockwave and works similarly to a vacuum that sucks up zombie souls for ammo and puts out a burst of energy. It has four elemental upgrades that can be unlocked on the map.

Der Riese is the fourth map from World at War and one of the most beloved maps in Zombies history by the fans because this is where the Pack-a-Punch machine made its debut. This is also the first Zombies map to include teleporters, and there is a great location to camp out and survive into high rounds.

Der Riese is so popular it got the remake treatment in The Giant in Black Ops III and largely is looked back on by many longtime Zombies players as the purest Zombies experience.

The wonder weapon in Der Riese is the Wunderwaffe DG-2, which will send a chain of lightning through zombies to kill multiple in quick succession.

Der Eisendrache is the second main map from Black Ops III and takes place in a rundown castle. The story’s reason for being here was to hunt down Tank Dempsey’s soul for purposes later revealed in the storyline. Situated in various locations around the map are dragon markings that will have a dragon head pop out for you to feed zombies to.

The Panzersoldat returns from Origins with new electric attacks, and before they became a loadout choice in Black Ops IV, you could build the Ragnarok DG-4 here, an item that acted like Gravity Spikes to slam the ground and put out a shockwave to knock nearby enemies down, or can be stuck into the ground to lift nearby enemies and give you a chance to revive a fallen teammate.

The wonder weapon on Der Eisendrache is the Wrath of the Ancients, a bow that can be equipped by all four players and upgraded with various elements that give different effects.

Origins was the final map released in Black Ops II and brought a new beginning for Richtofen, Dempsey, Nikolai, and Takeo that continued into Black Ops III and IV. It takes place on a World War II battlefield where you need to release Samantha Maxis from a realm called Agartha.

Throughout the rain and snow-soaked trenches, you will see giant robots stomping around the place, not paying any attention to you like the ant you are compared to them. Origins is where the Panzersoldat debuted, equipped with a flamethrower, and was a legitimate threat anytime it appeared on the field.

The wonder weapon is the elemental staff that, like the bows in Der Eisendrache, could be upgraded four different ways and were heavily connected to the main Easter egg quest.

Call of the Dead is the fourth main Zombies map in the first Black Ops and the first to star a cast of celebrities. The late George Romero plays the map’s boss and will chase you around trying to kill you. The playable characters are Sarah Michelle Gellar, Robert Englund, Michael Rooker, and Danny Trejo, as they are filming a zombie movie that gets overrun with real zombies.

The Ultimis crew do make an appearance locked behind a door. The playing group will deliver them certain items as they work through the level’s main Easter egg quest. The main features of Call of the Dead are the crashed freight boat and lighthouse; otherwise, it’s a tundra wasteland.

The wonder weapon here is the V-R11. It changes zombies into humans who become bait for other zombies until they run into the water and freeze to death or are eaten.

The best Call of Duty Zombies map ever is Mob of the Dead, the third Black Ops II map. You play as four inmates from Alcatraz prison who are stuck in a purgatory version of the place where they continually fight for their lives and relive being put in the electric chair. A key factor in this map is building a makeshift plane that crashes into the Golden Gate Bridge. When in the prison still, you will deal with Brutus the Warden and continually shock yourself to death to take the form of a spectral being to zap power into certain areas. The Hell’s Retriever and Electric Cherry perk made their debut here.

Mob of the Dead was such a popular map that it later became a crucial point in the main Zombies storyline and ended up getting the revisited treatment in Black Ops IV’s Blood of the Dead. It featured the perfect balance of fun gameplay, creepy environment, and an engaging main Easter egg quest.

The wonder weapon for Mob of the Dead is the Blundergat, the most powerful shotgun in Zombies history, and can be upgraded into the Acid Gat.