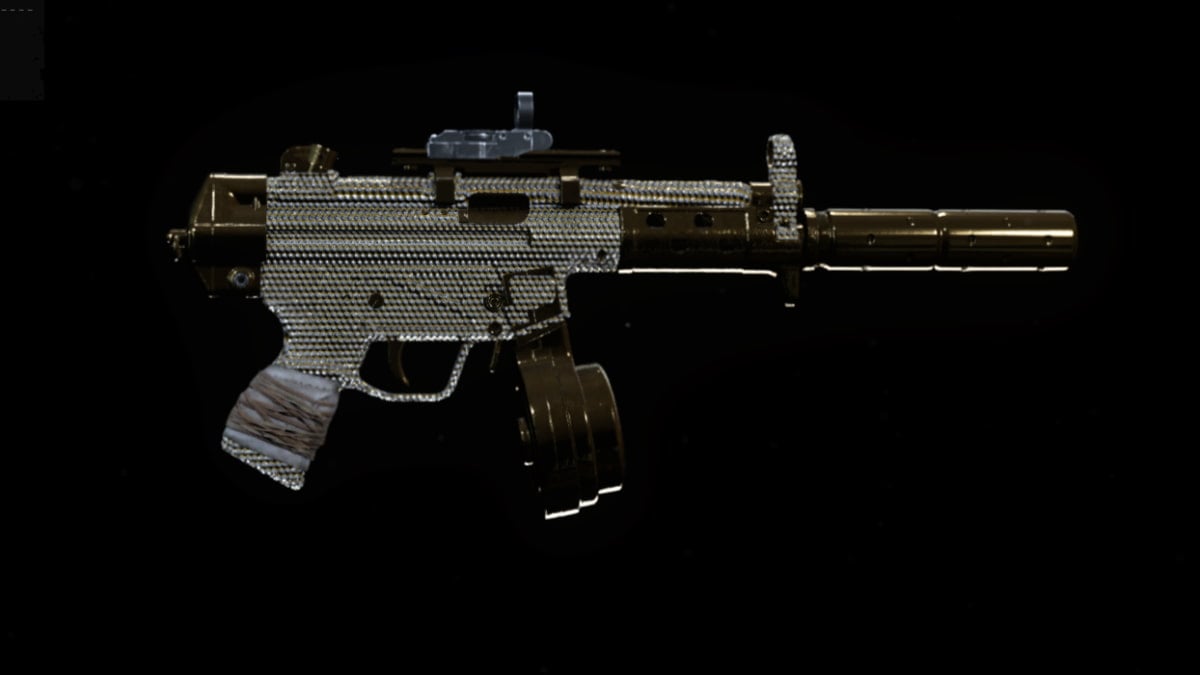 Call of Duty: Warzone bears dozens of Black Ops Cold War weapons for you to unlock and customize, though it is hard not to gravitate toward the MP5. Despite its average fire rate, the submachine gun is still a popular choice amongst players due to its steady control and pristine accuracy. However, the greatest of its features is that it can be altered to fit different playstyles. To ensure the weapon performs to your expectations, here are the best loadouts for the Black Ops Cold War MP5 in the battle royale.

Those who first try out the MP5 may be left disappointed by the base weapon’s lackluster ADS time and movement speed. Luckily, it is capable of holding an assortment of attachments that make it one of the best guns to rush opponents with. From the 9.5″ Task Force barrel to the Raider Stock, each add-on here revolves around making you the fastest player on the map. This does come at the sacrifice of medium-range accuracy, so be sure to stay in close-quarter areas as much as possible.

Related: The best Kilo 141 loadout in Call of Duty: Warzone

Although a speed-centric MP5 works wonders on Resurgence maps, this loadout will flourish the best on Caldera. As large as the battle royale map is, most gunfights are bound to take place at medium-range, ultimately making accuracy of the utmost importance. The loadout ensures the MP5 not only has pinpoint aiming abilities but also plenty of damage range and ammo to take out an entire squad with one magazine — no matter their distance.

As some may already know, most of Cold War MP5’s barrels and underbarrels either trade away mobility for better ranged capabilities or vice versa. Thus, our personal favorite loadout is one that wants nothing to do with these, instead choosing other types of attachments that give small bonuses to each of its attributes. The Agency Suppressor will lend just enough velocity and accuracy for medium-range fights, as having the SASR Jungle Grip and no stock still give you a respectable amount of speed for up-close shootouts. So, if want a loadout you can depend on in all game modes, this all-around damage dealer is the one for you.

If you’re also wanting to become a threat at long range, we advise applying the Overkill perk to equip an additional primary weapon. A sniper will fit nicely in this spot, especially as Warzone continually buffs almost every gun in the class. Specifically, Modern Warfare’s HDR and Vanguard’s Kar98k are seen as the most supreme, each able to obtain knockdowns with just one bullet.