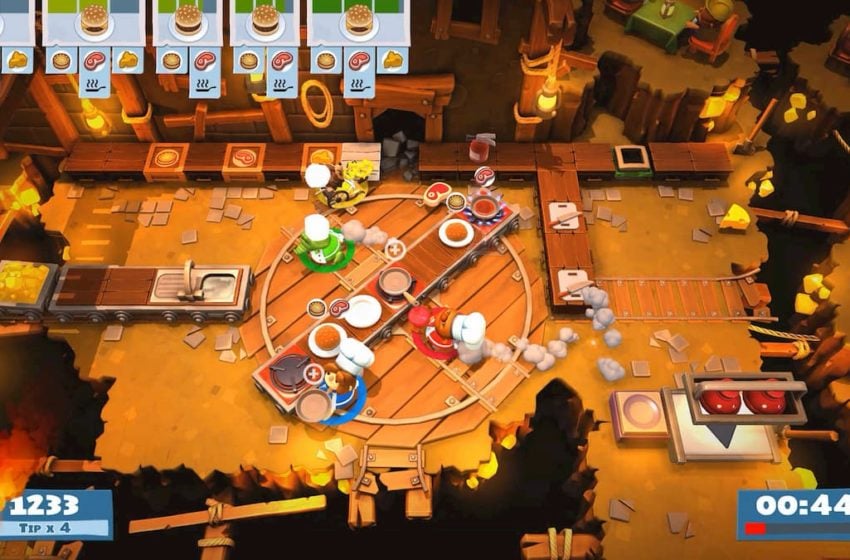 Some games are admittedly played to feel like we are better at something than we actually are in real life. Of course, virtual cooking is no exception. Although you may not be the next Guy Fieri, there are massive amounts of cooking games, on all platforms, that’ll give you the illusion that you are something of a Food Network star. With the recent embrace of indie games, there may actually be too many to navigate through. However, to ensure you discover the one that fits you perfectly, let’s dive into the small pocket of cooking games that really bring it to the table.

For those who want to imagine running their own restaurant, Chef: A Restaurant Tycoon Game is the management game that uses both your cooking and business skills. You’ll have to design unique menus to appeal to your customize and manage a restaurant staff to keep everything running smoothly. You’ll also have the chance to create your own recipes with an editing system that you control. While the game does focus on the business management skills of owning a restaurant, you’ll never find yourself too far from the heat of a kitchen.

We wouldn’t be doing you any justice leaving out a Cooking Mama game. However, the latest one, Cooking Mama: Cookstar hasn’t been highly regarded, compared to Cooking Mama 5: Bon Appétit! on the Nintendo 3DS. With the stylus, you’ll find yourself oddly satisfied with using the touch screen to cut through food and gathering up a recipe to make a beautiful dish. It also has a handful of modes to play, some that quiz you on over 60 recipes, and others that even let you run Mama’s restaurant.

Create exotic dishes from all over the world in Cooking Craze: The Worldwide Kitchen Cooking Game. You’ll be tasked with managing orders to serve customers in a timely fashion. You can also participate in daily and weekly challenges to become the head chef against other players by completing the most orders. There are maps regularly added to this game and more challenges to test your cooking skills.

Like any sports title, Cooking Simulator takes itself quite seriously, with offerings like Career Mode, Cooking School, and a Leaderboard Challenge mode. In turn, this game best suits those who actually want to improve in their home’s kitchen. The game continues to receive updates, enabling players to cook an unfathomable amount of meals with over 140 ingredients. You can find the game on all current console platforms, as well as PC. You can also add the DLC Cooking With Food Network to your collection to add a soundboard and an audience to your kitchen to spice things up.

In Overcooked! Al You Can Eat, has everything from Overcooked! 1 and 2, with improved graphics for a richer visual experience. You’ll have to work together with your cooking partners, but you’ll find that it devolves into a more hectic partnership as you and three other friends attempt to complete all of the orders before time runs out. There are multiple cooking maps to explore, each with unique mechanics to put your cooperative cooking skills to the test.

Overcooked! 2 sure is odd, but Battle Chef Brigade is something of a fever dream beyond it. This anime title is firstly a brawler, as you play as Mina, traveling through levels hunting monsters for their meats. Then, you’ll find yourself solving Tetris-style puzzles that vary on the ingredients gathered. If done correctly, you’ll be impressing three carnivorous judges, ultimately letting you upgrade attack abilities for more ingredients. It’s a vicious cycle, but an addictive one. The Adult Swim published title can be found on PS4, Switch, and PC.

You can become one heck of a dough tosser in the Steam-exclusive, Pizza Express. It’s a Super Nintendo-Inspired title with a zany, but with an in-depth story, as you help failing store owner Gastone create a mega-pizzeria. With dozens of indigents, players will be creating many different pizzas for massive amounts of customers, with each level only getting aggressively tougher.

Without debate, Cooking Fever is one of the most detailed and complex modern-day cooking games for iOS and Android. With over 100 million downloads, the app is more of a tycoon management experience that pushes players to upgrade their restaurants as much as possible to allow for more customers at a time. There are in-app purchases to expand the game’s features, but there are already over 400 levels for you to delve into. Most of your time will be spent hunting down several ingredients to find that one perfect, delectable dish.

After your restaurant explodes, you believe you have to start over in Cook, Serve, Delicious!, but this time you’ll be operating from inside a food truck to bring your extravagant meals to your customers. You’ll be creating a variety of meals, and participating in the National Iron Cook Foodtruck Championships alongside your robotic companions Whisk and Cleaver. There’s a singleplayer campaign and a local co-op mode you can try. You also have the option to turn on a more casual game mode, removing any time limits so you can cook all of your creations at your ideal pace.

For those who want a more family-friendly spin on the cooking experience, you can try out Let’s Cook Together. It’s similar to the Overcooked games where players work together to make several meals together, but you and your partners will be communicating a much calmer tone. There are no time limits, giving the pair of you a chance to discuss what you need to be working on, how you can help each other, and work towards finishing your shared goal.