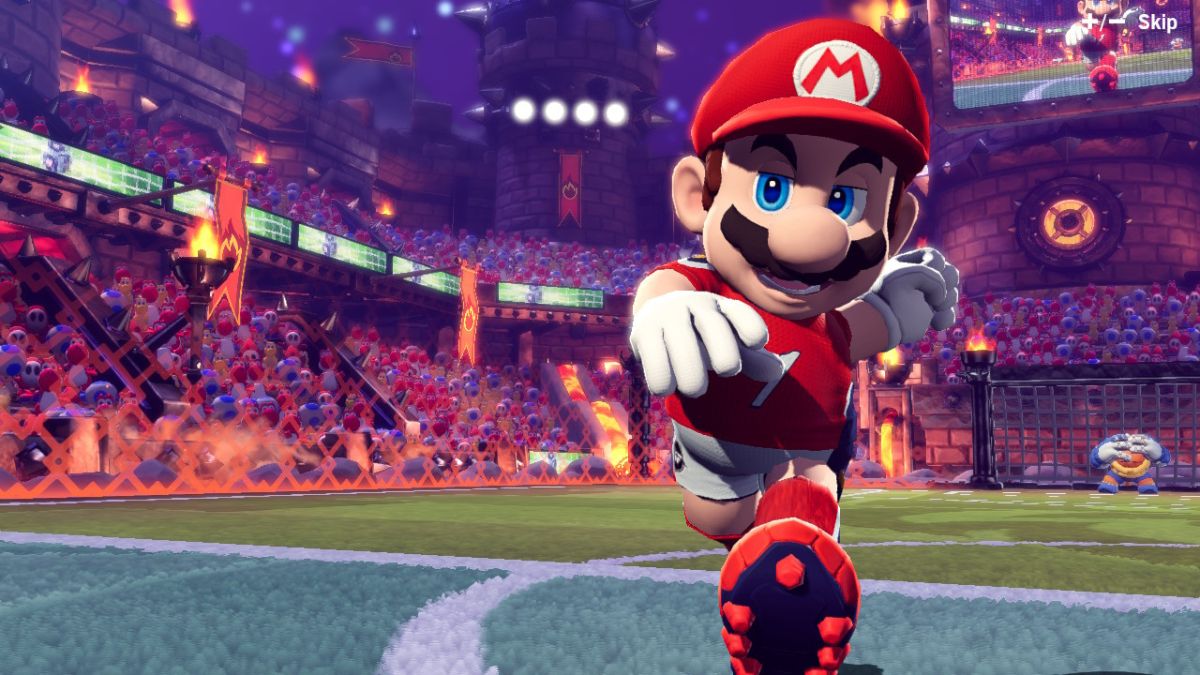 Mario has always been a well-rounded character that is good for starters in all of the Mario sports games. The same is true for Mario Strikers: Battle League. Mario has pretty evened-out attributes that make him a decent fit for almost any position on the field. With some gear choices, you can really make specific stats of his shine above the other. You just need the right gear build.

Despite already being a character who is decent at everything, you can still even out Mario’s attributes even more than they already are. This build gives notable increases to Mario’s strength and passing attribute while lowering the others to make all of his stats closer in number. You will need the following gear for this build:

Equipping this gear will have Mario’s highest stat be his shooting attribute. Everything else will be sitting at 12 points.

While the Turbo Gloves aren’t necessary, they do help keep Mario’s speed up while also increasing his technique attribute. After all the gear is equipped, you will see that his technique will be all the way up to 22 points.

Mario is great because of his high technique score. Raise his shooting attribute to match it and you will see that he can’t be stopped. This build focuses on three primary stats; technique, shooting, and speed. This allows Mario to get down the field with ease and score goals without getting blocked. You will need the following gear for this build:

This gear will increase Mario’s technique to 18 points as well as his shooting attribute. His speed will get a small boost to 14 points. The downside is that his passing and strength attributes will both take a major hit.