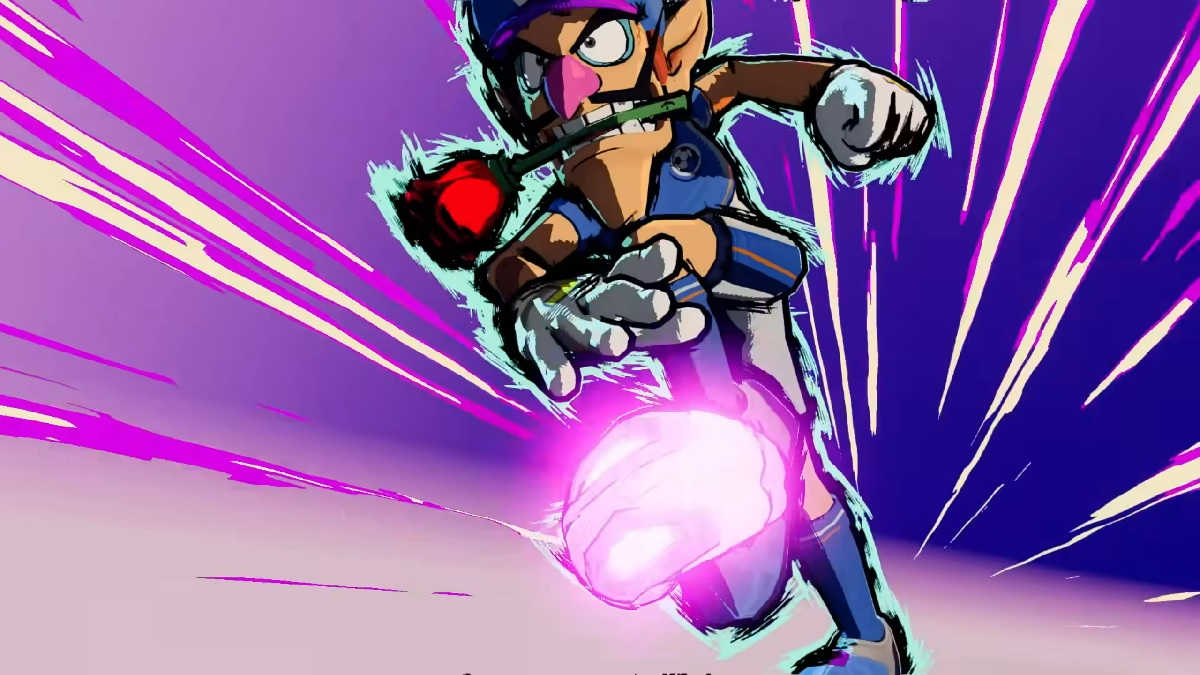 What Waluigi lacks in sportsmanship he makes up for in brute strength, speed, and technique. He may not pass the ball a lot, but he can put even the toughest opponent in their place. Some of the best ways to build Waluigi require a heavy focus on his primary attributes which are speed and strength. Don’t worry, Mario Strikers: Battle League is full of gear sets to help with any build you can imagine.

Unlike characters like Toad and Mario, Waluigi isn’t very well-rounded to begin with and is more meant for someone who knows the game a little bit. You can change Waluigi around to make him a more viable character across the field, but he will always shine as a defender. You will need the following gear for this build:

This build helps even out Waluigi’s attributes making him a stronger member of the team anywhere on the field. This build does end up taking away from his speed and technique attributes to focus more on shooting and passing.

The place where Waluigi shines the most is in the back near the goal. He also shines in the middle of the field thanks to his high strength and speed. He can easily reach anyone who is rushing the ball forward and steal it away from them before passing it off to a teammate. As such, you will want to focus on these skills. You will need the following gear for this build:

This build raises Waluigi’s strength while keeping his speed high to help him maneuver around the field. If an opponent gets their hands (or feet) on the ball, Waluigi will easily be able to steal it back within a moment’s notice.

While Waluigi doesn’t have the highest shooting attribute, you can still make it a viable option for him if you want him on the front line. Of course, you will be taking away from his overwhelming strength and speed to accomplish this. You will need the following gear for this build:

Mixing the Cannon Gear set with the Trick Gear set allows you to increase both the technique and shooting attributes, allowing Waluigi to reach the goal and score a little more often than he normally would.