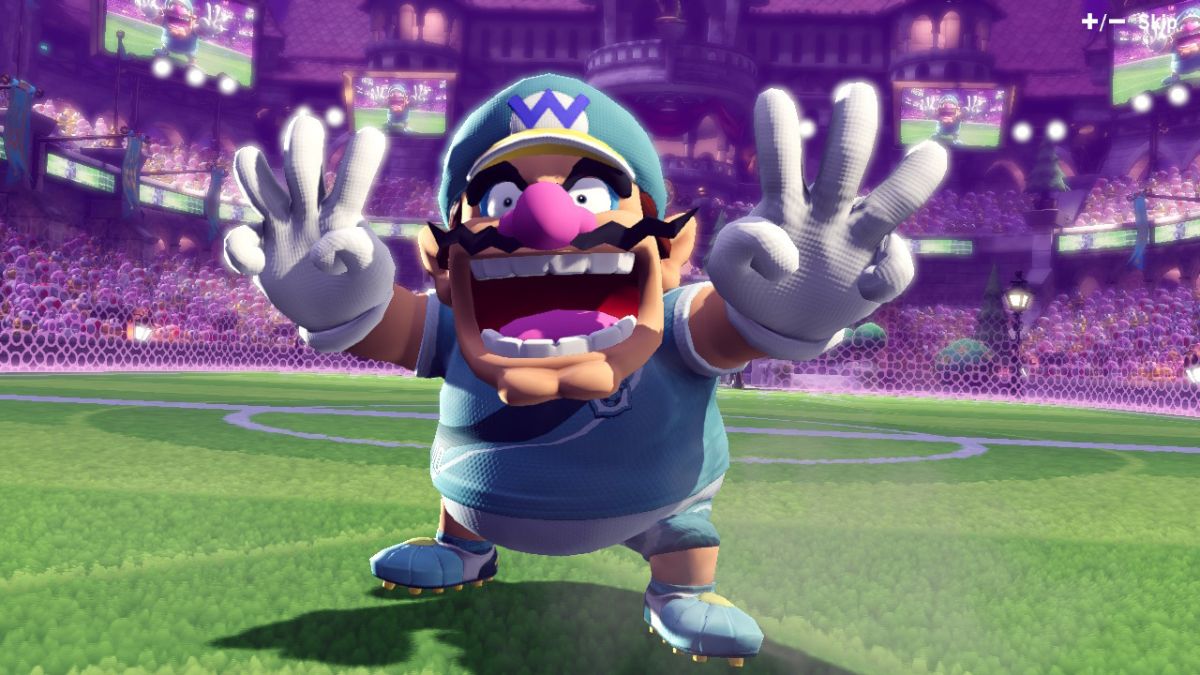 Wario is one of the few characters that has a high strength attribute. His base stats also give him a solid shooting attribute and okay passing attribute. Like Bowser, Wario is one of the slower characters in the game with a nine in his speed stat. He makes up for this by being able to knock his opponents around with ease. If you are looking to make a build for Wario, it is best to stick to what he does best, hitting and kicking. Here are the best Wario builds in Mario Strikers: Battle League.

Despite having high strength and shooting skills, it might be best to transform Wario into a well-rounded character with decent stats in all of the attributes. This will allow him to fill almost any role on the field that you could need. Of course, this comes with the drawback of decreasing his strength. You will need the following gear for this build:

Using the gear above, you can alter Wario’s attributes to make them all 13 except for his technique skill which will end up being 11. Wario is actually one of the more well-rounded characters with a build like this.

Instead of relying on Wario’s incredible strength, this build focuses on increasing his shooting attribute to make him a reliable forward. Who needs speed when you can kick a ball with enough force that nobody can stop it. You will need the following gear for this build:

This build increases Wario’s speed to 13, allowing him to get farther on across the field without as much effort. This build also increases the shooting attribute to 19, making it easier for you to score a goal or, at the very least, knock Boom Boom around.

Like the previous build, this build focuses on increasing Wario’s shooting attribute. Unlike the build above, this build also increases Wario’s strength attribute, making him a force to be reckoned with. For this build you will need the following gear:

Mixing these gear pieces together, you will increase Wario’s strength attribute to 19, his speed to 13, and his shooting to 17. You are basically increasing all of his physical attributes to make him a powerhouse.