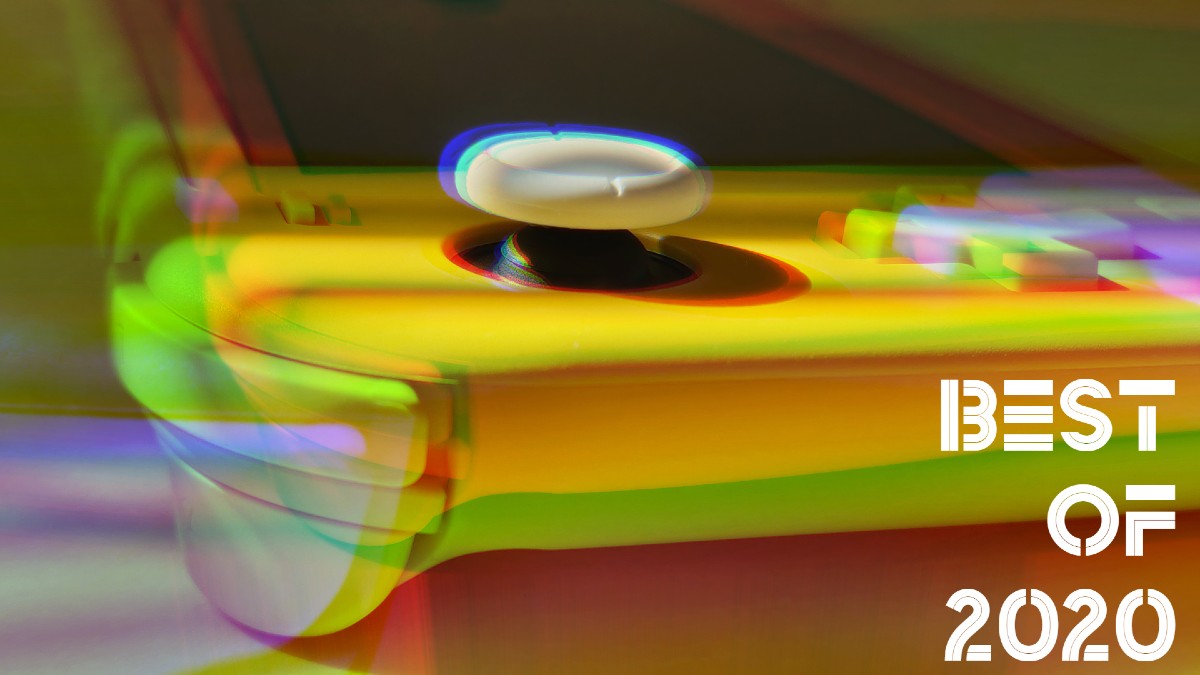 The year 2020 has been a tough one for all of us, with every facet of our lives being affected. Nintendo has been no different, and a good many of their plans were pushed back, with very few announcements all year long and an uncertain future of releases in the upcoming year. That being said, Nintendo still maintained its habit of putting out some of the best games on the market, and, as is usual for the Japanese company, most (but not all) of the best games to release this year were made by Nintendo itself. Let’s take a look at our top five.

Super Mario Bros. 35 looked at Tetris 99 and said, “Hey, I can do that too!” The idea is simple: 35 people play Super Mario Bros. at the same time, sending enemies between games to try and get the competition to slip up until only one Mario remains. That’s right, it’s another battle royale, but like Tetris 99, it does something that other games in the genre do not attempt. It also betters the original Super Mario Bros.’s gameplay in a sneaky way that most gamers will not recognize.

Nintendo had a lot planned for the 35th anniversary of the release of Super Mario Bros. Unfortunately, those plans had to be massively altered, and we are still waiting on some of those celebrations to come to fruition. What has come, though, is a joy to anyone who grew up playing 3D Mario games. Super Mario 3D All-Stars comes with two of the greatest games of all time — Super Mario 64 and Super Mario Galaxy — and throws in Super Mario Sunshine to boot. While Super Mario Galaxy 2 is missing and the game’s limited release window is a bit confusing, this is still a great deal, and playing them on the go is just as good, if not better, than on their original consoles.

Nintendo has us in its pocket while eagerly awaiting the arrival of more Legend of Zelda: Breath of the Wild 2 news. That’s why when it was announced a prequel story for the series would be released in 2020, a lot of people were excited — at least until they found out it was a Hyrule Warriors game. Regardless of your opinion of these Dynasty Warrior-like games, Age of Calamity turned out to be a quality title that manages its prequel story perfectly. You get to play as many characters from the first game in their youth, and the touching nature of the fight against the Calamity is an effective way to tide us over until the sequel releases. It may be different than a traditional Zelda game, but the combat is fun, and the Zelda team did work on the development of this game, helping put in some of its signature little charm.

Hades is a rogue-like dungeon crawler that has culminated everything great about those game types to become a contender in the Game of the Year race at The Game Awards. Being the lone game on this list not made by Nintendo, Supergiant Games have made what people are calling the benchmark to be met for rogue-like games. You try to escape the underworld and die a lot, but death means something here, with each one bringing new narrative tidbits with side characters and giving you a chance to make yourself better via upgrades. Even if you are not a fan of this type of game, you should give Hades a try.

Animal Crossing: New Horizons will go down as one of the most important video game releases of all time because of the nature of its relaxed gameplay and its release during a tumultuous time. It helped an immeasurable number of people get through some hard times this year, and that’s more important than any game being defined as “good.” It certainly is a nice bonus, though, that the title is arguably the best in the Animal Crossing series, with online multiplayer for the first time (although Nintendo still has yet to figure out how to handle that properly) and some other nice new features such as crafting, seasonal updates, and the ability to terraform your island.