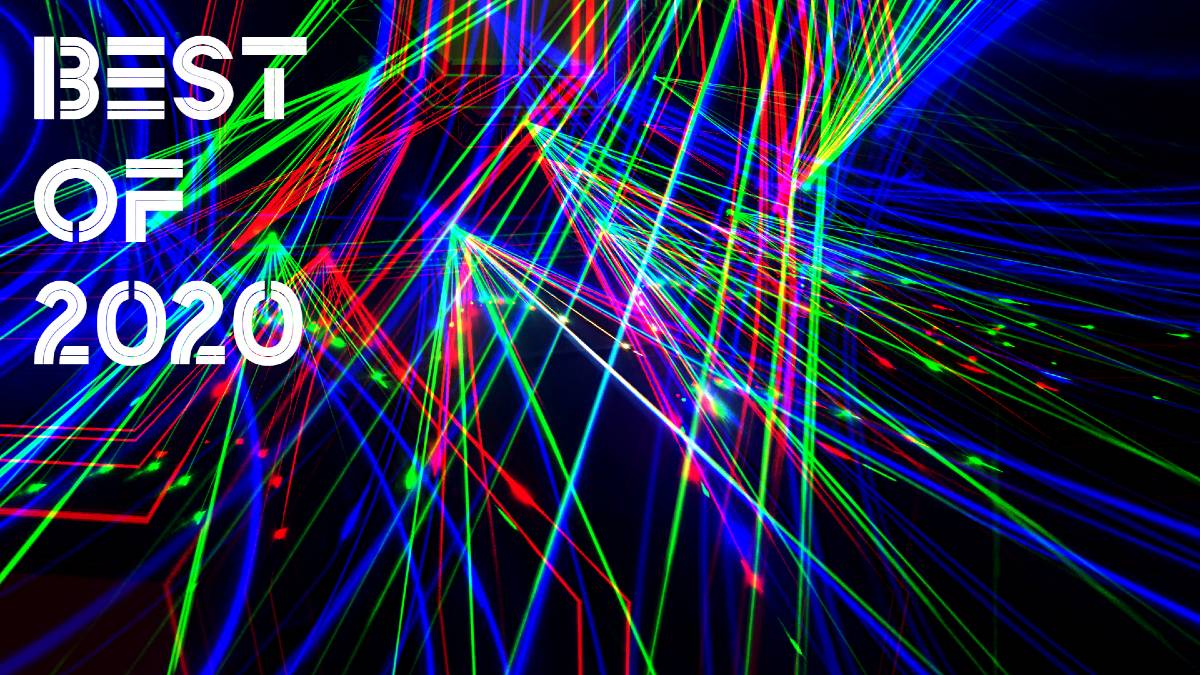 Gaming is very personal. More than any other entertainment medium, playing a video game offers a truly unique experience. Those who don’t play likely think that every level, match, and narrative is the same. But we know better. We know that no two play sessions are alike, and that even the individual’s perceptions of what may ultimately be a similar experience can differ vastly. That makes crowning a true “winner” among this year’s releases difficult — even daunting.

To that end, we asked members of our staff what game was their personal Game of the Year. Some judged by the game’s overall quality. Others by its fun-factor. And some by its emotional or personal impact.

While there are a few titles that have clearly made waves, there are also several choices that we haven’t seen on many other year-end lists, proving that a game doesn’t have to be a highly anticipated AAA release or a smash-hit among critics or streamers to have a real impact. Here, in alphabetical order, are the Gamepur staff’s selection for 2020 Game of the Year.

Normally, I wouldn’t give a game with such a clunky menu interface a title like this, but in a year of isolation from the people we love, Animal Crossing: New Horizons stepped up and did the heavy lifting. Even if I wasn’t able to see my friends in-person, visiting their islands, having them come to mine, and even throwing my birthday party in-game made me feel connected to people again. On top of that, the absence of genderlock on clothing and great new characters like Flick, Judy, and Raymond made this lovable game my game of the year. —Ethan Ken

Assassin’s Creed Valhalla expanded the franchise’s RPG game style, adding more exploration, puzzle-solving activities, and fresh combat. The size of the game’s map and side quests never took away from the genuinely fun and heartwarming main narrative — they only expanded it. This is a game where you can choose to run off toward the sun to explore the map or to follow the story to visit various parts of England and Norway. When the credits roll, you’ll be torn between finishing everything or booting up another file to play through it all over again. —Zack Palm

The battle royale genre is often associated with a sense of franticness, but at its core, this type of game is about tension and desperation. Call of Duty’s latest attempt at a battle royale had the best demonstration of this, with the Verdansk map playing host to a countless number of thrilling and tense encounters. The layout lends Warzone a feeling of verticality, and unlike the twitchy nature of traditional Call of Duty, Warzone has players acting more deliberately as they set camp and try to stand their ground. The Cash system gives a sense of progression mid-match, and Loadout Drops are a smart way to let players customize their experience while also making it into a risk-reward scenario. Battle royales get the heart pumping, and the tension of Warzone more so than any other game had mine bursting out of my chest. See you in the Gulag. —Chris Compendio

It’s hard to believe that it came out this year — 2020 feels eternal, indeed — but Doom Eternal is my Game of the Year. Improving on what made the 2016 Doom reboot great was a difficult proposition, but Bethesda and id pulled it off. New traversal mechanics, destructible demons, bigger set-pieces and boss battles, fun collectible hunting puzzles to solve, and new canonical lore to the “Doom-iverse” all made for a frenetic-yet-gratifying experience. Ripping and tearing demons has always been enjoyable, but amid 2020’s unparalleled difficulties, Doom Eternal’s cathartic gameplay was what I needed. —Tom Power

Doom Eternal is a wild ride, to say the least, and its challenging gameplay, coupled with smooth aesthetics, makes it a game that’s incredibly difficult to stop playing. Rather, this is the kind of game that you want to just keep going through until you’ve exhausted through every detail. The Doom franchise has been running strong for over 20 years up to this point, and its latest addition proves that it’s not slowing down any time soon. —Chris Studley

I never played the original version of Final Fantasy VII as a kid, and I only decided to play through it for the first time last year because I felt I was missing out on something so many people claim is one of the greatest games of all time. Final Fantasy VII Remake took everything I loved about the first portion of the original, modernized it, made it look amazing, and expanded upon a story and world in a way that felt entirely natural. From the characters to the fleshed-out Midgar down to the new twists Square Enix added in, the game took something that was already incredible and improved upon it while keeping the original’s spirit entirely intact. —Cale Michael

Ghost of Tsushima, hands down, is my Game of the Year, and really for one reason: the open-world design. While many of the game’s mechanics are borrowed from other titles, the elimination of any map markers to clutter your screen and instead having the wind be your guiding force is a game-changer. It’s something that has completely changed my way of thinking about interacting with a game that I hope other titles take inspiration from in the future. Couple that with a stellar combat system, and Ghost of Tsushima takes the crown for me. —Shane Black

Hades released for public testing back in 2018, but its official release in 2020 made a bleak year much brighter for a lot of us. The roguelike dungeon crawler has become one of my favorite games and will be permanently installed on my PC. Its interesting story and addictive gameplay can pull any player into the beautifully designed world. Even after hundreds of runs, this game can still surprise you with new boon and weapon combinations. You never know how each run will end, no matter how much you prepare. The high replay value and immersive action of Hades make it the best thing to come out of 2020, and it’s another amazing entry to SuperGiant Games’ fantastic catalog. —Davy Davison

Half-Life: Alyx is the return of a glorious and much-loved franchise, while also bringing that same world into a new era. It is also the ultimate proving ground for virtual reality. Half-Life: Alyx is the first game to really make you sit up and realize that the platform can provide high quality, expertly crafted experiences. If you were waiting for a game to arrive that gave you a clear indication of what VR experiences could be, this was it. VR might not be a force in the present, but Half-Life: Alyx will make you believe that it is the future of gaming. —Aidan O’Brien

Amidst the eventful latter half of the year, one game that got lost in the shuffle was Immortals Fenyx Rising. Unlike other Ubisoft open-world games, Immortals Fenyx Rising isn’t bloated, and the catchy narrative rivets the game’s stellar open world together. It is the epitome of the fact that video games become more fun when they stray away from realism. While there is ample resemblance from the Zelda games, it makes a compelling case for itself as a brand new IP. Immortals Fenyx Rising will potentially go down as one of Ubisoft’s best game ever, and I would love to see the same open-world formula in future Ubisoft titles. —Md Armughanuddin

It was never about Joel. When I think about The Last of Us, especially Part II, I think of Ellie, Abby, and how nothing is ever what it seems through one perspective. Playing this game and enduring every gut punch and moment of loss forced me to think about things that, even in the middle of a real-world pandemic, I wouldn’t want to see in my nightmares. Naughty Dog’s animators, programmers, and writers challenge what it means to “get lost” in a video game, and the world is a better place for it. —Adam Nystrom

The Last of Us Part II is a bold statement from a company that, in the past, had relied too much on its strength. In branching out to a narrative that is more ambiguous and requires introspection, combined with a beautiful yet powerful score, and including some disturbingly fine performances from its diverse cast of characters, its theme of the cycle of violence comes full circle. While its achingly long campaign and repetitive combat encounters do hold it back from being the phenomenon many expected it to be, The Last Of Us Part II is still a bold testament to the AAA space, something that will haunt your memories long after the credits have rolled. —Shreyansh Katsura

Some people hate change, but I favor it — especially in otherwise predictable stories. The Last of Us Part II could have been Joel and Ellie blasting through more Clickers and another cult for 12 hours. However, this Naughty Dog love letter refreshingly disregards most of the typical video game narrative structure, leaving players puzzled as to what the true definition of a protagonist is, or if such a thing even exists. Despite its length, not a minute should go untold or unplayed, as it is everything that qualifies for a title for Game of the Year. —Ryan Willcox

Don’t be fooled by the simplicity of a card game — Legends of Runeterra by Riot Games is absolutely a contender for Game of the Year. Bringing in fresh mechanics, staying true to its source material, having continued support from the developer, and being newcomer-friendly are traits that make it a perfect game for players interested in the genre. Legends of Runeterra offers an infinite amount of deck combinations so that no two games play out the same way. Riot’s daring venture into the card game scene paid off, and they have created one of their best games to date. —Carlos Brandt

Ori and the Will of the Wisps is the most complete game of 2020 for me. The gameplay expanded upon what was introduced in Ori and the Blind Forest, and it’s that much better because of it. The art style is one of the best in all of video gaming, and that beautiful Gareth Coker soundtrack perfectly fits hand-in-hand with the game’s emotional and epic story. Will of the Wisps is the perfect example of what a video game sequel should strive to be. It continues using what was introduced before, but it grows and works to make itself better in every way. —John Hansen