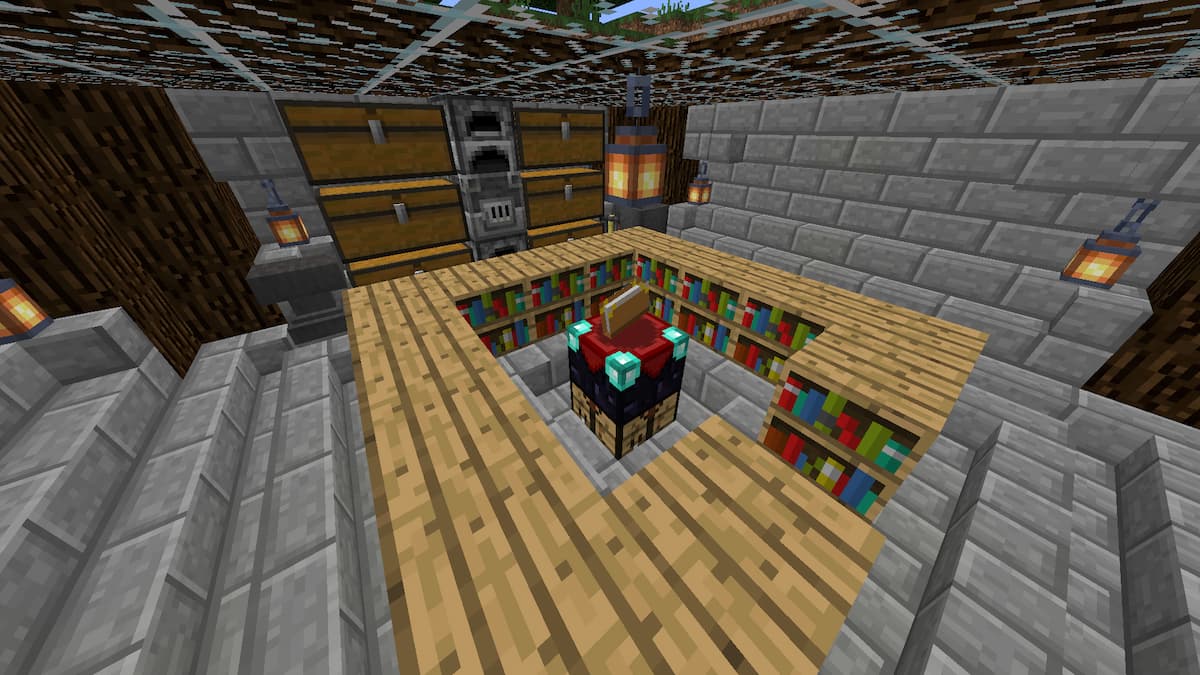 The systems at play in Minecraft, while complex and malleable to the player’s needs, all take some sort of logical, grounded form that limits what they can do from a gameplay perspective. While its default content might not allow for teleportation or any other magical events, the addition of magic Minecraft mods may add a touch of utilitarian mystique to an otherwise straightforward playthrough.

For a sandbox game structured around an infinitely large world, vanilla Minecraft’s biggest shortcomings are its limited transportation options and nonexistent fast travel. The Waystones mod aims to tackle this lack of teleportation, erecting magical stone waystones around the world that, when interacted with, can teleport the player between all discovered waystones.

With this mod enabled, waystones will randomly generate within villages. Alternatively, waystones can be manually crafted using stone bricks, obsidian, and what is known as a warp stone. The warp stones themselves can be crafted using an emerald, four ender pearls, and four purple dye.

To balance out the value of point-to-point waystone travel, every teleportation between waystones will cost some amount of experience, with trips across longer distances incurring a greater experience cost. Despite this, the utility of fast travel makes this mod a must-have quality-of-life addition for long-term survival players with sprawling worlds.

While functionally enjoyable on their own, Minecraft’s enchanting and dungeon-crawling mechanics have often felt deserving of more depth. This little boost in content can be found in Apotheosis, a mod pack implementing magic elements often found in role-playing games, with its functions generally staying true to Minecraft’s core gameplay loop.

The enchanting system included in the Apotheosis mod adds additional values and features to the default enchanting table. Rather than capping out at a maximum of enchantment level 30, an enchanting table’s eterna allows for up to level 100 enchantments if provided enough bookshelves of increasing strength. Given fortunate RNG rolls of quanta, this level could double to 200 on an item, all without costing extra experience levels to perform.

If the manual costs of enchanting aren’t to the player’s liking, they’ll be happy to know that slain monsters have a chance to drop weapons and armor with unique enchantments of tiered rarity. These items drop more frequently upon killing the mod’s original and randomly generated boss monsters, providing an added challenge when clearing out cave systems.

Also available in Apotheosis are craftable, equippable potion charms whose effects last up to eight minutes. This mod also makes it possible to craft enchanted apples and mob spawner blocks at the player’s convenience, rather than hoping they randomly generate with the world.

Late-game players looking for a near-endlessly-expansive mod full of magic abilities should look no further than dipping into the occult with Blood Magic. This mod allows players to craft runes and create floor-based sigils on which to activate certain abilities.

This mod predicates itself on the player’s ability to gather demonic will, which can be obtained by using snares on, then killing an enemy mob. This demonic will can then be used with gold, stone, and a furnace to create the first of up to nine tiered blood altars.

To function, this blood altar will require, as the name implies, blood. This blood can be donated by players to the altar by wielding a sacrificial dagger and right-clicking to draw it from their health pool. Keep in mind, doing so will damage the player, but the damage caused by the sacrificial blade can easily be restored by eating food.

Once the blood altar has been sufficiently fueled, the player can then combine coal, white dye, gunpowder, redstone, and some demonic will to create Arcane Ashes. These ashes can then be spread on the floor into certain sigils that, depending on their shape and complexity, can do anything from trapping and taming skeletons to teleporting the player between sigils.

Struggling to find the dyes necessary to craft these magical items? Learn how to craft all dyes.