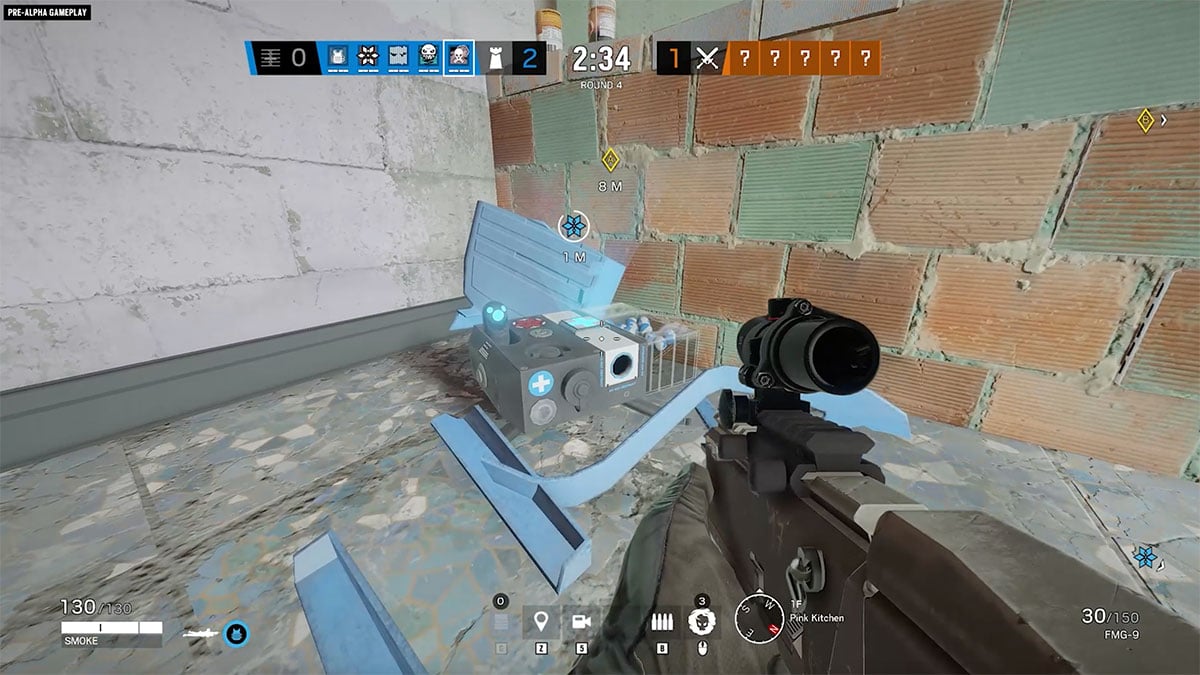 Rainbow Six Siege Operation North Star adds new Operator Thunderbird to the roster of Defenders you can play as. She’ll be available with the Y6S2 battle pass or available to purchase separately as always. Unlike some Operators, Thunderbird comes along to mix up the core mechanics of any given match in the game. In this article, we’re going to give you a preview of what to expect when Thunderbird finally lands.

Base stats and loadout

Thunderbird is a three speed one armor Defender that you can equip with either the impact grenade or the nitro cell. Her primary options are the Spear.308, a rapid assault rifle that can deal with any enemy quickly, or the SPAS-15 semi-automatic shotgun, everyone’s worst nightmare when they’re on the receiving end. Her secondary options include the Bearing 9 machine pistol, which is getting a buff this season to improve its aim, or the Q-929 handgun.

This loadout is nothing to write home about, but it does show what sort of Defender you’re going to be playing as. Each of Thunderbird’s primary weapons is best used in short to mid-range combat scenarios, and her secondaries are a last resort when you run out of ammo in a clip, and your enemy is still in sight. You’re not going to be pulling off any long-range kills with her, but that’s fine because she’s more useful close to her teammates.

Thunderbird’s gadget is the Kóna Station. This remote automated healing station will fire a healing shot at any player that enters its radius. This includes Attackers, though it will always prioritize Defenders first, and even then, it will look for the Defender with the lowest health to heal first.

After a shot, there’s a cooldown timer that is visible to both teams. This gives Defenders an idea of when they can next move in to heal up and shows Attackers when Defenders might make a move for their healing. It’s a balanced system that should force players to hide their Kóna Stations in hard to see parts of rooms. Of course, there’s nothing stopping Attackers from pushing Defenders out and commandeering the Kóna Stations they find.

The real benefit from the Kóna Station comes from placing a few within a room that you’re defending. In this way, you can set up defensive positions that will give you a health boost if you take damage. If you’re downed, you can even revive yourself as long as you’re within the radius of one of these gadgets, adding further emphasis on positioning them in key locations for firefights and defense.

However, key Kóna Station placement can also play into what makes Thunderbird a “roamer,” an Operator who is best used roaming the map in search of enemies to kill. She can place a Kóna Station down in a quiet area, perhaps the bottom of a staircase, and move up to take on the Attackers on the next floor. If things get too hot, she can rush back down the stairs, take a healing shot, and get into a defensive position near a device that will aid her if the Attackers follow.

In a way, it’s odd to have a gadget that can give a Defender the power to play the Attackers at their own game. Although the caveat that the Kóna Station can be turned on the Defenders if it’s captured balances out this shift in any match that Thunderbird is present for.