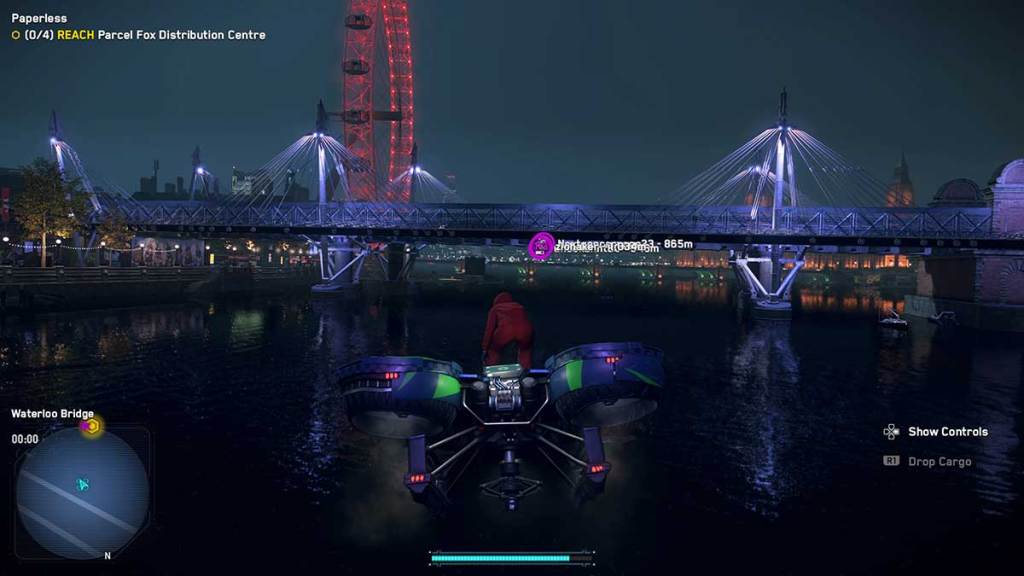 Paperless is a co-op mission in Watch Dogs: Legion Online inspired by Netflix’s Money Heist series. By completing the mission, players can earn some exclusive new gear to equip their Operators across all online game modes. However, finishing the mission is harder than it sounds, which is why we’ve put together this list of tips to help you get through it.

Let someone else do the hacking at the start

The first part of Paperless requires you and your fellow players to hack into the bank’s security system. This is a simple hacking game that you’ll be familiar with from your time in the main Watch Dogs: Legion campaign. However, it’s more complicated when there are four of you trying to hack the system at once. Therefore, we recommend letting another player do the hacking for you. If there are too many of you changing nodes around, you’ll only set off an alarm or twist a node one turn too far and end up messing the whole hack up.

Block the bank door while capturing the Clan Kelley hostages

The second stage of the mission requires you to capture four Clan Kelley hostages. There are armed guards posted around the bank, but it’s nothing your three teammates can’t handle. So instead of running in and gunning down a few guards with the other players, drive one of the Albion cars outside into the bank. You can position it against the main door and block it, which is important for the mission’s next stage. It’ll make life harder for the Albion soldiers that try to kill you and your team and force them to climb over the car, making them easy targets to pick off.

Make the most of the turrets in the bank

When you initially enter the bank, the drone turrets will be disabled. You can turn them on by swapping the hacking nodes in the floor around. Turn the one at the front of the bank on as soon as the Albion soldiers start to descend on you. This adds another gun to your side and makes life easier for anyone taking cover there. Once the front drone turret is destroyed, turn on another one to gain an advantage elsewhere. Keep this up until you’re given the all-clear to leave.

Once you’ve transferred all the funds out of the bank, you’ll need to make a swift exit to Parcel Fox HQ. Bagley brings four speedy drones to the side exit of the bank. Don’t try to drive to the location because you’ll be much slower than everyone else. These drones don’t fly high, but they’re modified cargo drones that move faster than any vehicle that you’ll be able to get your hands on. Plus, they can fly over the water. Make sure you’re well below the bridges as you go under them. We encountered an issue where our Operative glitched into the bridge, and we had to quit the mission.

Once you’re at Parcel Fox HQ, the mission ends very quickly. You need to distribute the funds first, and then Albion will rush into the area and start a fight with Clan Kelley. While this is happening, you need to destroy servers around the building. All you need to do is walk up to them and interact with them. Try to be stealthy and use an AR Disguise if you have one. It’ll help you take any enemies out quickly and get to the servers without any fuss. The final objective requires you to head to the roof, but the mission will end, and you’ll get your rewards regardless once the timer runs out.