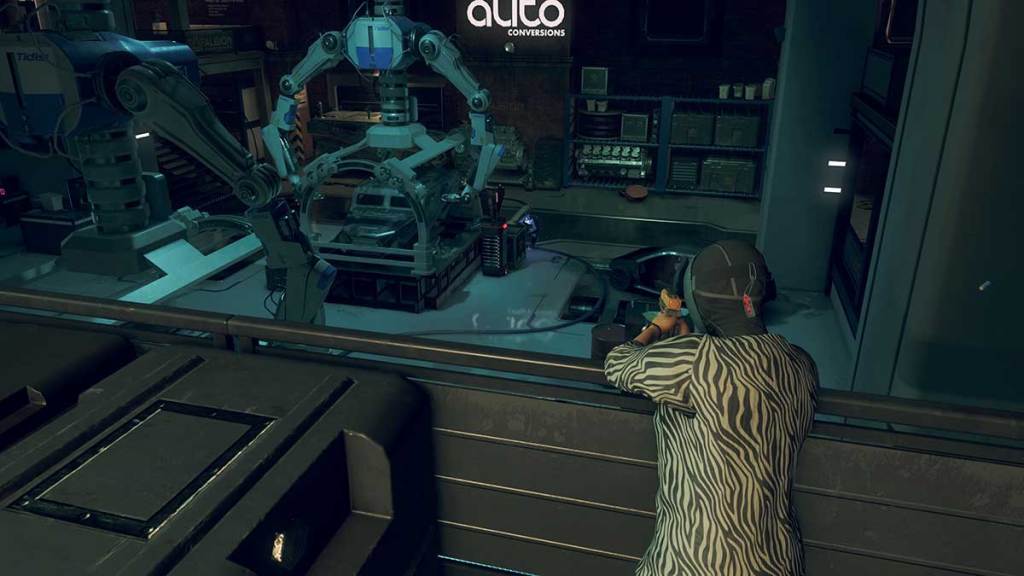 Much like the Templar Bounty in Barbican Centre, the Southwark Auto Conversions target is one of the most challenging additions to Watch Dogs: Legion with the Assassin’s Creed crossover. This guide covers a few tips and tricks to help you master the mission and come out without an Operative dying.

Kill most of the guards before you enter the building

Southwark Auto Conversions is full of Albion soldiers, and they’re tough to tackle if they’re alerted. Since this isn’t an Artifact Recovery mission, you can use hacking to your full advantage and indirectly kill as many enemies as possible before even setting foot there. Use the vehicles around the location to run over any guards outside. This will also work with a couple of the guards inside as well.

There are traps everywhere for you to arm. If you can upgrade your trap hack to attract guards, it’ll work even better. Try to draw two or three enemies to a single trap before triggering it to explode for maximum effect. There are also various explosives around the area that you can detonate by driving a car into. Get creative.

Clear out the building before you hack the server

Don’t be tempted to hack the server before you’ve cleared out every enemy in the location. If you do, the guards will have a head start on shooting you while running for cover. So instead, hunt down every last guard until there are none left.

Block up the entrances

Before you hack the server, you should also make life as hard as possible for the Albion soldiers who will descend on you. Use the vehicles around the area to block the large garage doors. You can even drive a car up to the smaller doors and blow them up by shooting them to create an obstacle. This will stem the flow of soldiers that can get into the building. We found that it meant only a handful could get in to attack us rather than dozens, making the final fight much easier.

Use explosives and cover to your advantage

This location is filled with great places for cover. We found that the best place was up on the walkway near where the drone is located. Behind it, there’s a vent that allows you to exit onto the roof if you’re overwhelmed. You can also cause the Albion soldiers to bottleneck here, letting you kill them quickly once they’re bunched up. The Templar will come after you wherever you are. They’ve got more health than any other enemies and take a fair few shots to kill. Look for explosives and try to get them to stand close to them. Then, you can blow the explosives up and cause a huge chunk of damage.