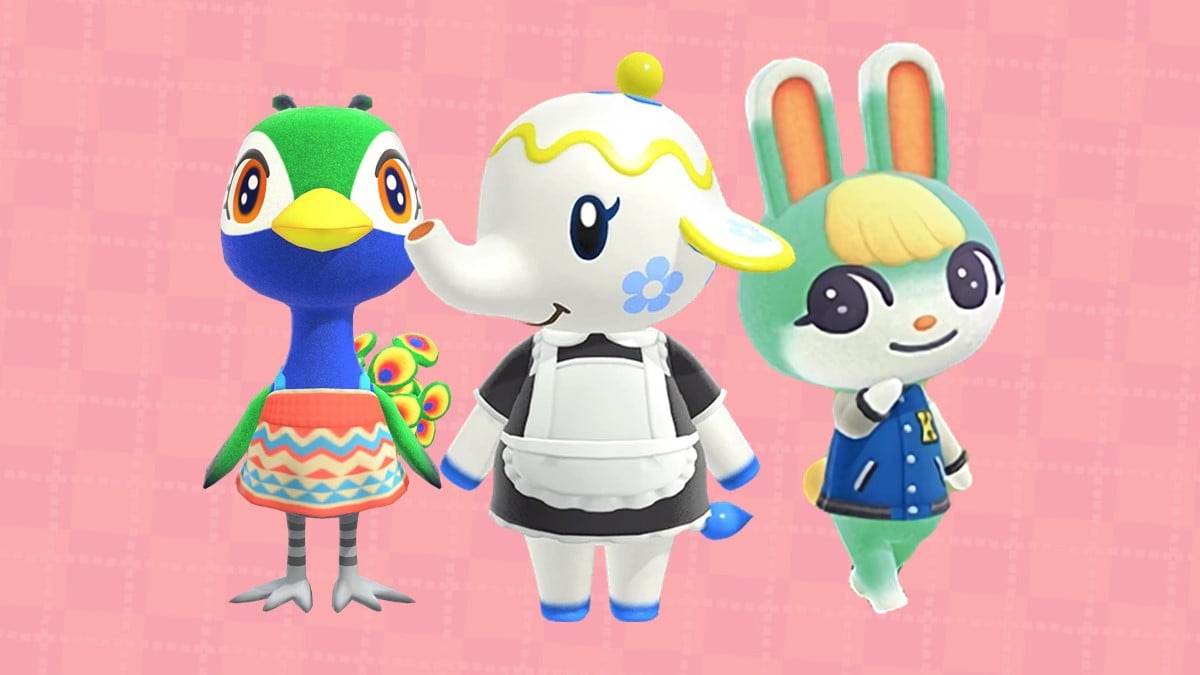 After the 2.0 free update, Animal Crossing: New Horizons has over 400 villagers. From Snooty to Lazy, from purple to yellow, but who you actually want on your island is a little more of a nuanced thought process. Some players may go for a theme, while others may just choose based on who they had in previous titles.

But if you are going for all-out aesthetics, and you want the most adorable villagers in all of the land, we cut down that list for you. It wasn’t easy, but we hand-picked the top 11 (it was too close to pick 10) villagers you might want on your island to up the cuteness factor. Here are the 11 cutest villagers in Animal Crossing: New Horizons.

Sleepy, cute, and bundled up in a sweater, this blue-haired Lazy goat villager is almost too adorable to look at without gushing. We demand a Sherb plushie.

Beautiful feathers are on full display with this Snooty peacock. While technically an ostrich class, Julia takes on the appearance of a traditionally male peacock. Julia is an adorable trans girl!

Cherry is cute in a different way than most of this list. She is more than just a black and red dog — she is the ultimate goth girl next door and is the Sisterly (Uchi) type of villager.

Teeny. Tiny. Squirrel. Boy. Soft boy. Blushy baby. He may be Smug, giving him a gentlemanly personality, but how can you not want to pinch those little cheeks?

A Normal villager that is just too cute is Ione. She debuted with the 2.0 update, dethroning Marshall as the cutest squirrel in the game. Her tail looks like a starry night, and she radiates celestial energy.

Smug boys win hearts, and that is very true of Julian the unicorn. Julian is a blue unicorn — technically a horse-class villager, but with a horn — with an out-of-this-world fashion sense.

Another debut of the 2.0 update, and from her eyeshadow to her Yukata, Shino is absolutely gorgeous. She is a Peppy deer and the only female deer with horns. Her look is inspired by Japanese folklore.

Strawberries and cream on a pastel pink canvas. This Normal rhino is the sweetest chef in all of Animal Crossing — literally! Merengue’s horn is also a strawberry.

You knew this list wouldn’t happen without him on here. Raymond is the viral sensation of Animal Crossing: New Horizons. A Smug catboy. A cute little businessman. You know, like, nya?

The 2.0 update brought the first bunny villager to the list, and in the second place spot nonetheless. Sasha, the Lazy bunny fashionista, snatched up the title of the cutest male character in his mint green paws.

And here she is, the star of our list and the star of our hearts! Tia is the cutest design in the entire game. She is a little Normal elephant villager in a black maid dress, with a head that looks like a white, yellow, and blue teapot. Not only is she cute, but her unique design makes her one of the most creative villager designs in the entire game. Everything about Tia’s design is absolute perfection, and absolute cuteness. Now, if only she would come to our island…

Before the 2.0 update, three other villagers — Judy, Audie, and June — were on this list. Now, they are our honorable mentions.