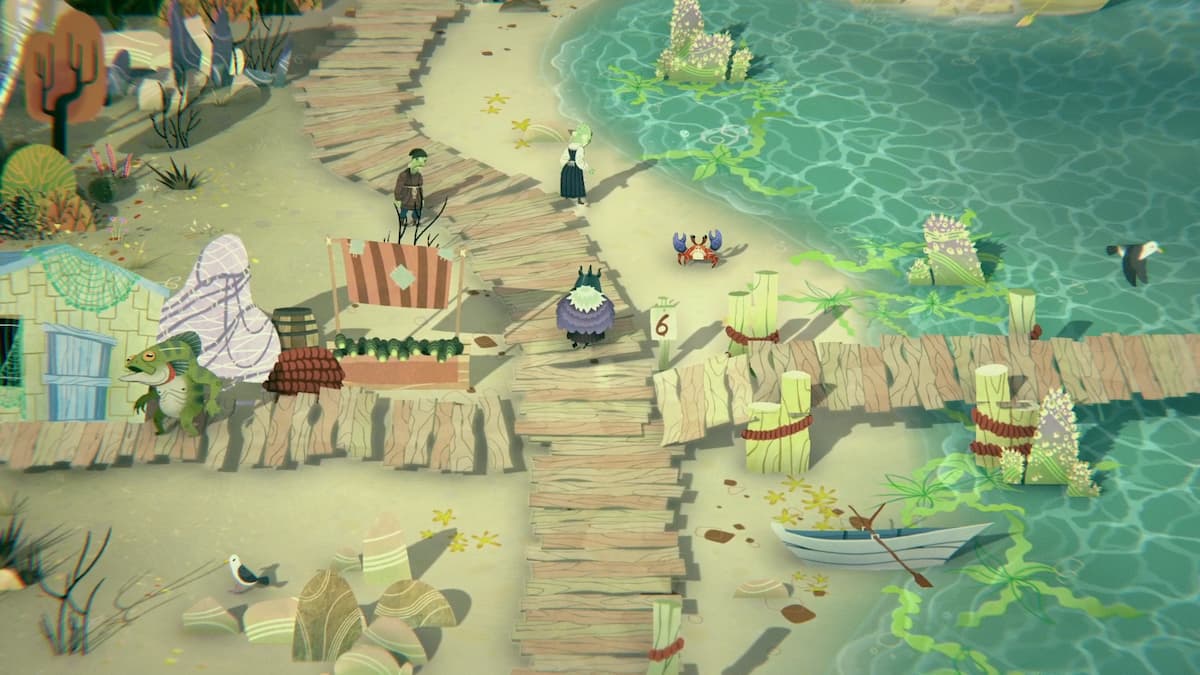 While playing through the Fish storyline in Wytchwood, you’ll be tasked with tracking down a child’s missing father, the Captain. After blowing a magical conch by the Docks Lighthouse, a mermaid will appear and tell you of the Captain’s fate. Just after falling overboard at sea, he was swallowed by an ancient Sea Serpent.

After heading to the Lagoon near the Docks, you’ll descend into the Depths and find the Sea Serpent. The Serpent doesn’t trust land creatures though and refuses to let you in their stomach. Unless you can answer three riddles, of course.

The Serpent’s riddles are more of a quiz, with questions about different sea creatures that have appeared in significant locations you’ve visited throughout the world to this point. If you don’t remember each location in vivid detail (and why would you?) here are the answers to all three of the Serpent’s questions.

Q: You pull my waters from the ground to quench your thirst! What manner of beast sits atop the well of your forest?

Q: Whose watery gaze watches over your graveyard?

Q: But in front of your banking house, what creature rules with true happiness?

After passing the test and earning the Serpent’s trust, they’ll open wide and allow you to climb inside. Hopefully, the Captain will still be alive when you find him, and helping him escape won’t involve doing anything too unpleasant.

Related: Where to get a Totemic Moondrop in Wytchwood