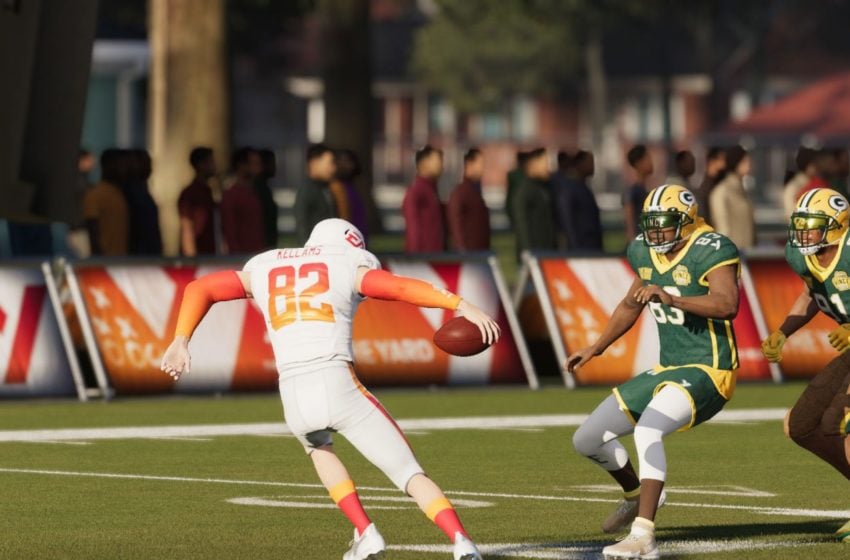 EA has officially unveiled The Yard, a new game mode in Madden that will feature arcade-style gameplay and attempt to replicate the experience of playing football in backyards and parks. The Yard will also feature the ability to create customizable avatars, as well as allow players to run behind-the-back throws and double passes, all while being immersed in 6-on-6 play.

One week after the announcement of The Yard, Madden developer JP Kellams shared more details about the new mode in a Gridiron Notes article on the EA website. Kellams stated this game mode will feel very much like that backyard football experience that many of us have experienced in the past. Players in The Yard will be able to play both sides of the field (offense and defense), compete on an 80-yard field (20 yards shorter than a traditional football field), and 20-yard first downs.

Kellams also went over some of the new controls that will be included in The Yard. Some of these controls will be similar to what Madden players have become accustomed to in the past. Players will still use LS/L3 to move around on the field, and hitting the button that flashes over a receiver will allow you to throw the football to that target. There are, however, some new controls that players will need to get acclimated with.

One of those controls is for multi-snaping, or the ability to snap the ball to any player on the field. In order to multi-snap, hit LT/L2 to bring up the prompt and then press the button icon that corresponds with the player you want to snap the ball to. To run a lateral, which can be used infinitely during a play, hit LB/L1 to give the pigskin to a nearby player.

Another component of double passing in The Yard is a “one-timer mechanic.” This mechanic allows a receiver to immediately bat the ball to another receiver, rather than actually catching the ball. To do this, hold down LT/L3 when attempting to make a catch, and then press any receiver button.

Keep in mind that these are the controls that we know will be in The Yard as of now. We’ll know more about the full controls for the mode once the game launches later this month. Once Madden 21 is released, we will update this article to reflect any changes and additions.