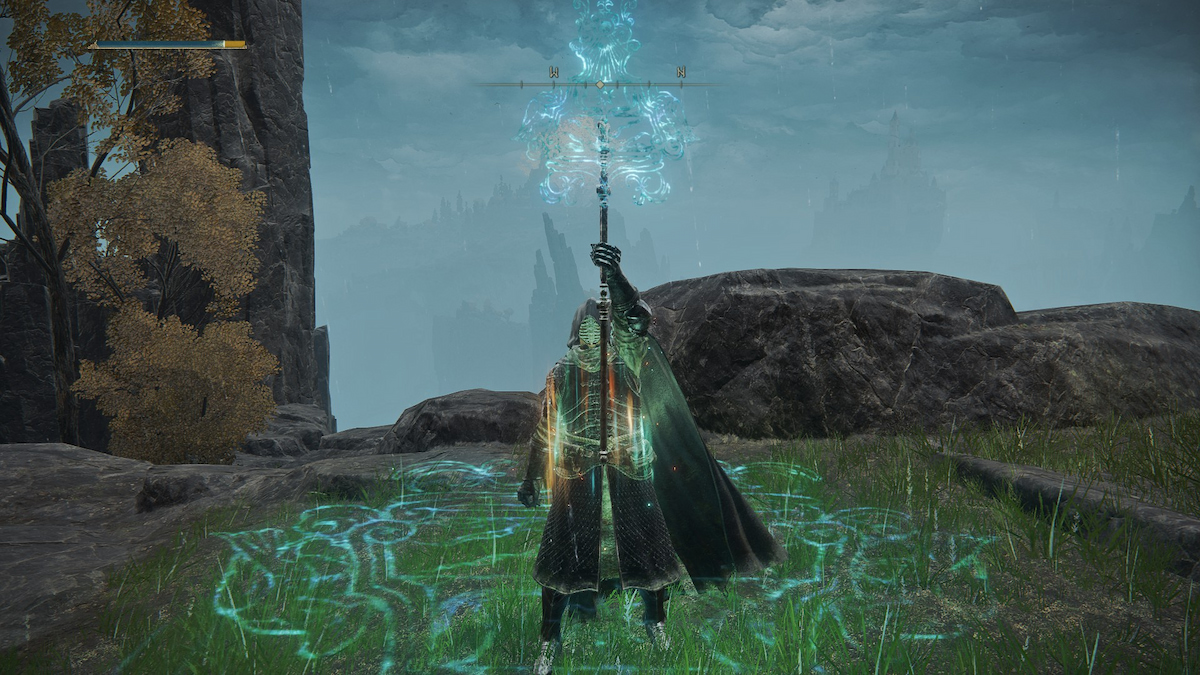 Staffs in Elden Ring are a requirement for any build that wants to take advantage of sorceries. Whether you’re looking to add some sorcery casting to a character or just trying to find an upgrade over your starting staff, there a few options available to you almost immediately. That is, as long as you don’t mind doing a little exploring.

This is the most basic staff in the game and a starting weapon for the Prisoner class. Although it isn’t too powerful in the long run, it’s more than enough to get you through most of the game if you upgrade it. It’s also a great option for characters without much Intelligence that just need to dabble in spellcasting since it only requires 10 Intelligence. You can find the Glintstone Staff by killing and looting the noble sorcerer south of the Waypoint Ruins.

This is a solid early staff that only requires a little bit of work to obtain since, unlike other options, you can pick this up without traveling outside Limgrave. This one is also a good option for low Intelligence characters, as it only requires 10 to wield. You can find this by killing and looting the Demi-Human Queen in the Weeping Peninsula.

Related: All Sorceries in Elden Ring, and where to get them

This is a popular choice for boosting the power of characters that focus mainly on casting sorceries, although it does take a bit of a journey to reach. It also has the added bonus of being near the powerful Rock Sling spell, as well as boosting the power of Gravity Sorceries. To find the Meteorite Staff, head to Caelid by using the transporter trap chest in Agheel Lake, then escape the Selia Tunnel and cross the Swamp of Aeonia to the Streets of Sages Ruins, where you can find the staff in a ruined tower.

This staff isn’t quite as popular as the Meteorite Staff, but it’s a solid choice that isn’t quite as difficult to reach and boosts Carian Sorceries instead. To find the Carian Glintblade Staff, head to Liurnia, which you can actually do before defeating Godrick if you take a path along the edge of Stormveil Castle. Once in Liurnia, head to the Highway Lookout Tower and find it on the top floor.