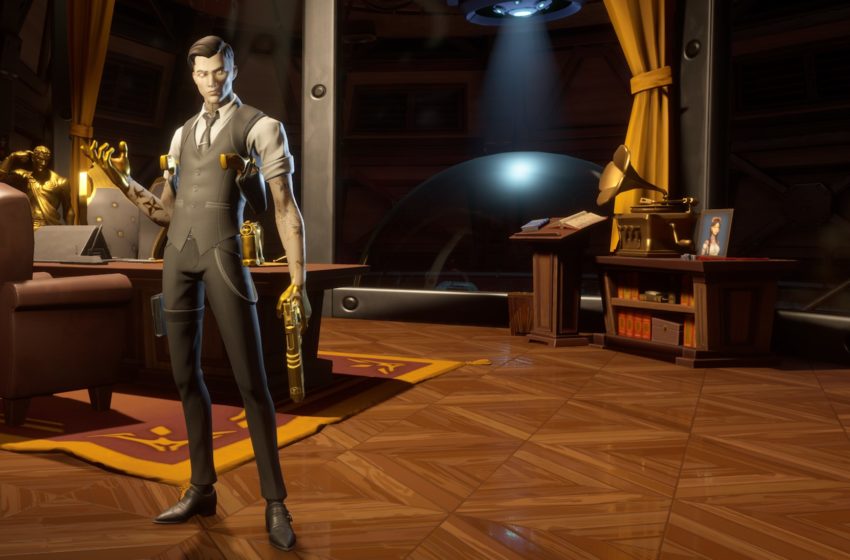 Fortnite’s The Device event has been and gone, and what a roller coaster it was. As always, it started with players loading into games and watching timer countdown, and when that counter hit zero, nothing happened first. A short time later, large pylons extend up and out of the water surrounding the Agency. After they were all extended out of the water, the Doomsday device rose up out of the ruins of the Agency, sending interconnected beams of energy to each pylon.

What happened next was kind of stunning, as the energy beams pushed out towards the dome of the storm, pushing it back across the island. Then, things for weird as the players were teleported to a strange office, with some top secret files on the table in front of them. Voices could be heard through the walls, but it was impossible to hear what they had been saying.

It seemed like everything was done and dusted, but then the storm returned with a vengeance. Once again, the pylons fired energy into the dome of the storm, pushing it back, and players were once again teleported to a strange dimension. This time, Jonezy, all dressed up in a suit, walked into the room, and was clearly shocked to see the player. “Wait, you can hear us?” he asked before players were once again pulled back to the game world where something had changed dramatically.

The storm was gone, replaced instead by a towering wall of water on all sides. If you jump into a game right now, you will see this for yourself, as the storm is no more, and only the massive water wall remains. So, it seems that players were correct, and the map is now somewhat flooded. The wall of water is held back by the timer, much as the storm was, but when it catches you, you will need to rapidly try to swim your way to safety.

It all builds up to whatever happens in Season 3, and players are now more excited than ever to witness whatever changes will be coming to the game this week.

As for what it all means, there are already lots of theories doing the rounds. Our theory is that the world of Fortnite is set to build on the idea of a multi-dimensional existence, where different versions of the universe exist side by side, and Midas’ device has connected our reality to a new one. It’s probably way off the mark, but it sure is fun to speculate.