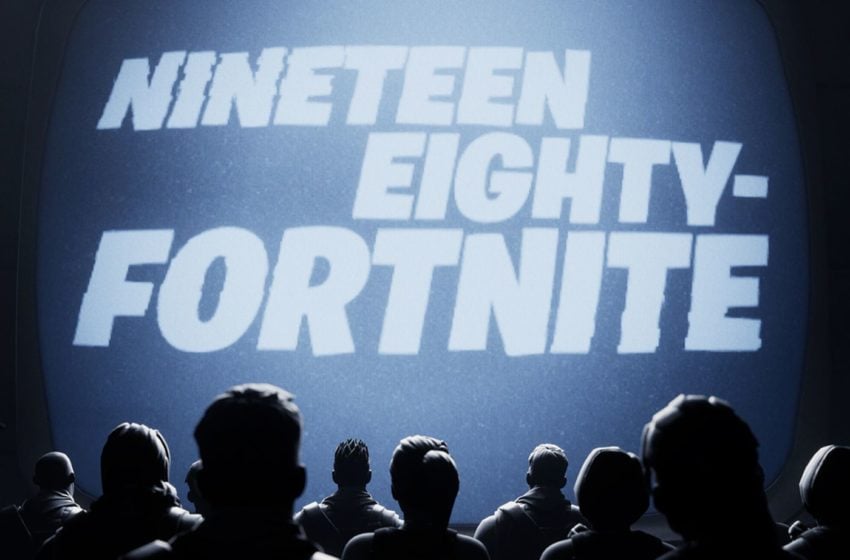 Epic Games and Apple are going to war, it seems. Epic has long been unhappy with how Apple runs the App Store on the iPhone. It all began when Epic deployed the new payment system that allows users to bypass the App Store to buy V-Bucks, allowing them to buy them at a discounted price. This was done as a workaround to the App Store, where Apple apply a 30% charge to all transactions. In return, Apple kicked Fortnite off the App Store.

It seems that Epic firmly expected this to happen, as they rapidly deployed lawyers and hit Apple with a lawsuit. They also released a new short film, shown in the Party Royale mode, which riffs on one of Apple’s most famous commercials.

The original 1984 commercial from Apple was meant to be a statement about how a technological monopoly was bad for people, limiting their options as consumers and turning them into drones who could only do what they were told. The idea was that this would position Apple as the alternative, the plucky upstart taking on the system and showing people a better way. It was directed by Ridley Scott, director of the Alien, and Blade Runner and was originally aired during Super Bowl XVIII on January 22, 1984.

In the lawsuit that Epic has just made public, the company accuses Apple of losing sight of this original vision and becoming precisely what they railed against in the commercial all those years ago. To do this, they used Apple’s own marketing against them, showing Fortnite’s Brite Bomber skin hurling the Rainbow Smash harvesting tool through a giant screen that had been preaching the joys of control, directly mimicking the unnamed heroine character from the original, played at the time by athlete and actress Anya Major.

Epic’s version of the ad finishes with text that explains the situation with Apple, and how they have blocked Fortnite from a billion iPhones, and they request that people join the fight to #FreeFortnite.