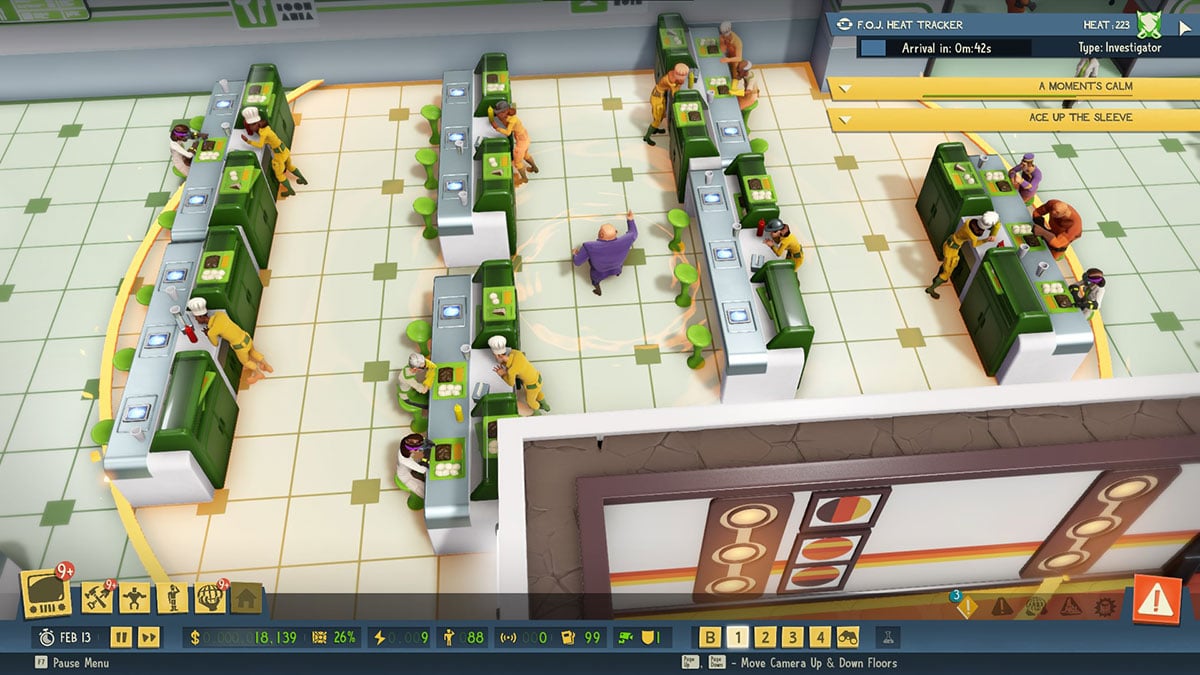 Evil Genius 2 has a selection of Geniuses for you to choose from when starting a new game. The Genius you pick will determine certain things about your playthrough, such as how much gold you’ll earn and other perks you’re entitled to. In this article, we’ve outlined the advantages of each Genius, allowing you to see how their perks and special abilities will change your game before you start.

Maximilian is a safe bet as a Genius. He’s a good all-rounder and a great villain to choose for those just getting into Evil Genius 2. If you’ve just picked up the game and haven’t got a clue what you’re doing, he’s the best Genius to go with.

With Maximilian’s perk, Large work Force, you’ll start with a larger number of minions than any other Genius. This perk also means that you’ll earn gold much more reliably than other Geniuses, which is important when you’ve got a lot of gold-plated corridors and offices to build.

Maximilian’s special abilities are as follows.

Both of these special abilities have their place. While it’s nice to be able to fast-track training, forcing minions to have all of their work completed promptly results in faster construction, research, and every other task in your lair.

Finally, Maximilian has a pistol which he can use to shoot any minion you choose. This inspires more resolve in his workforce through sheer fear, causing them to turn against him less frequently.

Emma is a spymaster turned evil genius. You’re better off choosing her as your Genius if you want to focus on ruling the world through deception. Having saved the world numerous times, she now wants to see it burn and knows a thing or two about shady organizations.

Emma’s perk, Spymaster, makes her deception minions far more effective than any other Genius’. Whenever taking on a scheme to reduce Heat in a region, she’ll reduce it further than other Geniuses can as well.

The special abilities Emma has to assist you in your lair are as follows.

Emma’s Pay Attention! ability is a slight alteration to Maximilian’s Work Harder ability but used in the correct area, it could stop all intruders in their tracks. The Plotter ability is the real boon with her, though, since you can effectively keep all henchmen working 24 hours per day.

Former henchman Red Ivan is sick of working for other Geniuses and ready to make his mark on the world. He doesn’t care how loud he is about it either, which isn’t the best move for an evil Genius just starting out.

Ivan’s perk, Might Makes Right, gives you the power to have more Muscle type minions such as guards for less cash. This also gives his workers a harder punch, meaning you’ll take down intruders quicker too.

The special abilities available to you with Red Ivan are the following.

If you want to take care of any intruders with brutal efficiency, Red Ivan is the Genius for you. However, a rocket launcher isn’t that useful when it comes to world domination. This makes him slightly more difficult to play a full campaign with.

Zalika is the last of the four main Geniuses in Evil Genius 2. She enjoys order over chaos and will order the world around her until everyone bows at her feet. According to her bio, she built an AI at age six, which should indicate where her skills lie.

The perk you have with Zalika, True Genius, makes her Science minions more capable than any others. this means that you’ll benefit from faster research, and therefore have a much easier path to researching tools of world domination.

Zalika’s special abilities are as follows.

We can’t say that there’s much call for an instant repair ability if you have a full roster of Scientists, but a bigger boost to research will go a long way. With this, you’ll have an easier time getting to the point where you can take over the world, but building the device that gets you there may be a stumbling block.