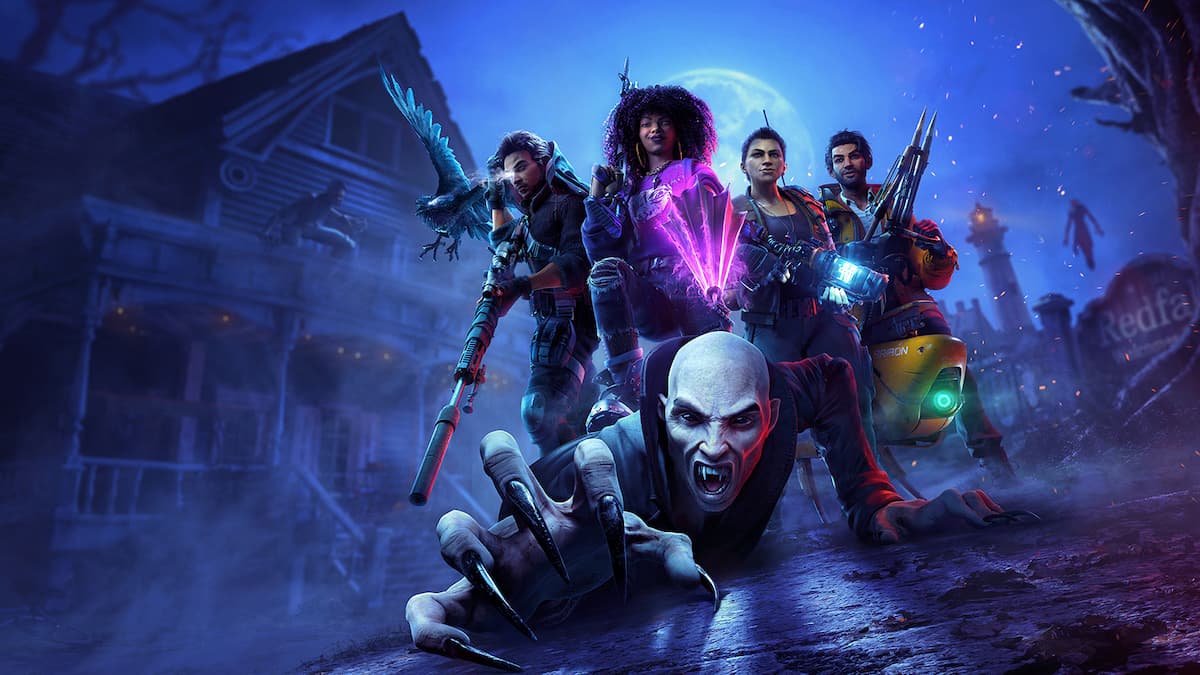 One of the surprise reveals at E3 2021 was Redfall, a cooperative shooter from Arkane Austin, the studio behind the critically acclaimed Dishonored series. Arkane has a reputation for not making “normal” shooter games, instead opting to push genre conventions with each new release, and Redfall is no exception.

Billed as an open-world vampire hunting game, Redfall puts players in the shoes of an unwilling team of survivors trapped in Redfall, MA. When the small town comes under siege by a powerful faction of vampires and ghouls, the remaining survivors are forced to mount a resistance through whatever means they have available. Luckily, those means include a variety of high-power firearms, abilities, and a robot chicken.

Redfall is published by Xbox Game Studios, which naturally means the game is exclusive to Microsoft-owned platforms. There is no word yet on whether the game will eventually see its way to other platforms, and all we know is that when it launches in 2022, Redfall will be available only on PC, Xbox One, and Xbox Series X/S. It’s not clear yet whether the PC version of Redfall will be available on Steam or the Epic Games Store, or exclusively through Bethesda’s own launcher, though the latter seems unlikely.

Players can subscribe to the official Redfall site to receive more news and updates about the game in the coming months.