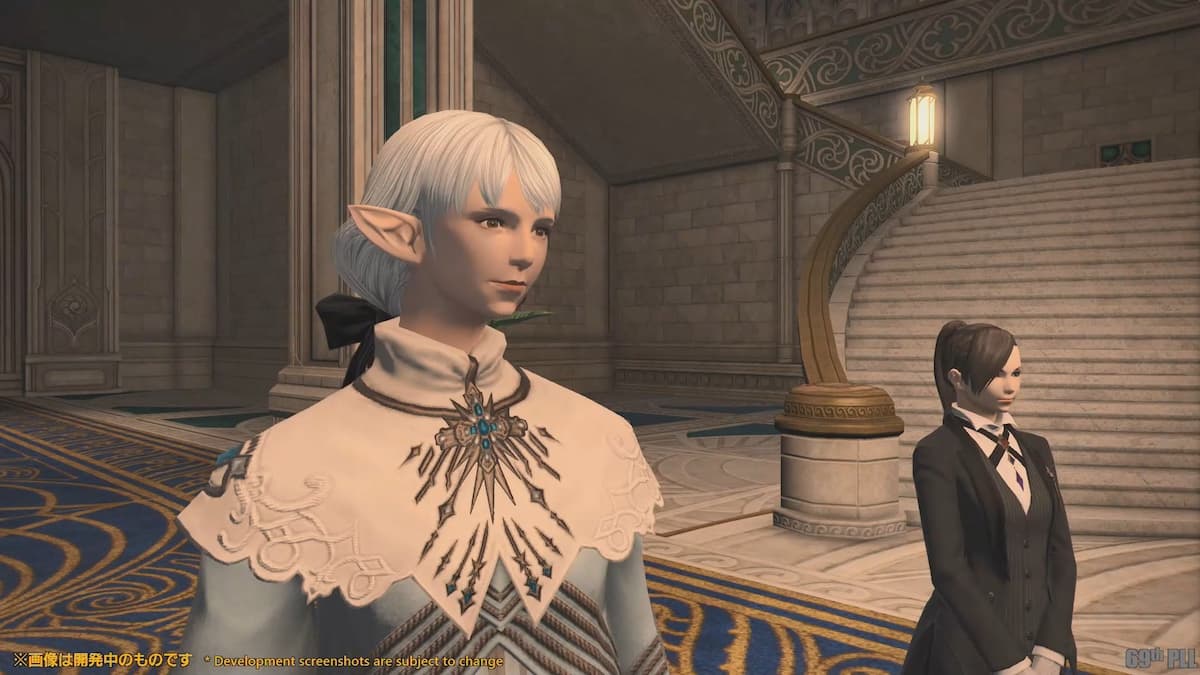 Final Fantasy XIV has given players a lot of content with the latest Newfound Adventure patch, but there are a few things that were announced for Patch 6.1 that have yet to be made live. Game director Naoki Yoshida announced in a post recently that Patch 6.15 will release on June 7, and with it comes the additional content players haven’t been able to get their hands on yet. A new set of tribal quests for the Arkasodara and the continuing tales of Hildibrand are just two highly-awaited features. Another addition coming with Patch 6.15 is Ameliance Leveilleur as a new Custom Delivery NPC.

Fans of Final Fantasy XIV will immediately recognize Ameliance Leveilleur as the mother of main characters Alphinaud and Alisaie. She was introduced during the main story of Endwalker, and even managed to help the Warrior of Light during their stay in Old Sharlayan.

Custom Deliveries are a form of content allowing disciplines of the hand and land jobs to craft or collect materials to bring to specific NPCs for rewards in the form of gil, experience, and different types of scrips. Players can turn in a total of 6 Custom Deliveries to a single NPC, and can do a total of 12 deliveries each week.

Aside from being a good way to level crafting and gathering jobs, Custom Deliveries also allow you to build a reputation with the specific NPC and eventually earn the ability to customize their glamour with any outfit you see fit. Fans have been a little weary of Ameliance becoming a Custom Delivery NPC as some players tend to make questionable choices with outfits, and the mother of a main character is an odd situation for that.

Occasionally, certain NPCs have further rewards such as a mount. The scrips earned from turns-ins also lets you purchase rare materials and materia for crafting and gathering. Players that have no use for the items can find a profit to be made by selling the materia on the market board.