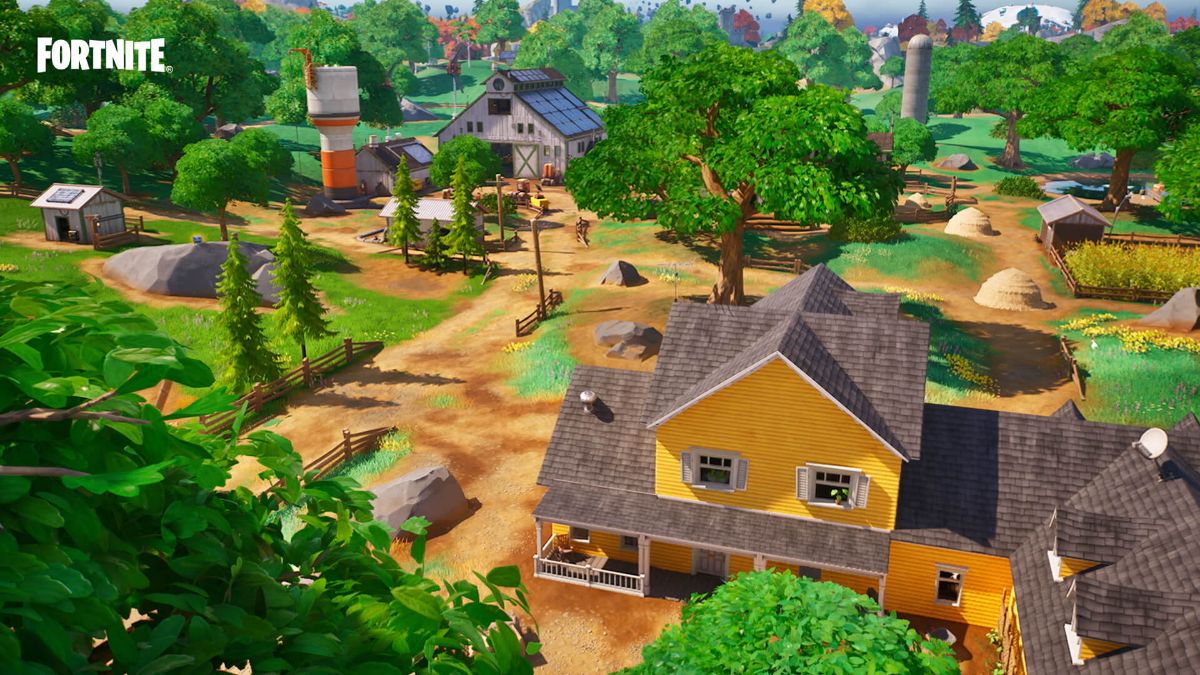 Related: How to get a Shockwave Hammer in Fortnite Chapter 4 Season 1

What is the location of Frenzy Fields in Fortnite Chapter 4 Season 1?

Frenzy Fields is in the southern part of the Fortnite Chapter 4 Season 1 map, southeast of Shattered Slabs and southwest of Faulty Splits. It makes up most of the green region in the southern part of the map, but most of the loot and important locations are concentrated in the large farm in the middle of Frenzy Fields. There you can find a Reboot Van, a Bounty Board, a Capture Point, a few Slap barrels, and several vending machines.

The NPC Sunflower can be found in a small orchard on the northeast side of the main Frenzy Fields farm, and she can sell you items including the Exotic Chug Cannon. It’s also a great area for testing out Fortnite’s new softcover mechanics, as there are many haystacks and fields of tall crops dotted around. If you have any of the Reality Augments that give you enhancements when in soft cover, then you’ll have a competitive edge when fighting in Frenzy Fields.

If you’re following the Oathbound quest line, then you’ll also find one of the Date Beacons from which you need to download pieces of the Paradigm’s message in Frenzy Field. It’s on the south side of the main Frenzy Fields farm, at the top of a large sloping boulder.