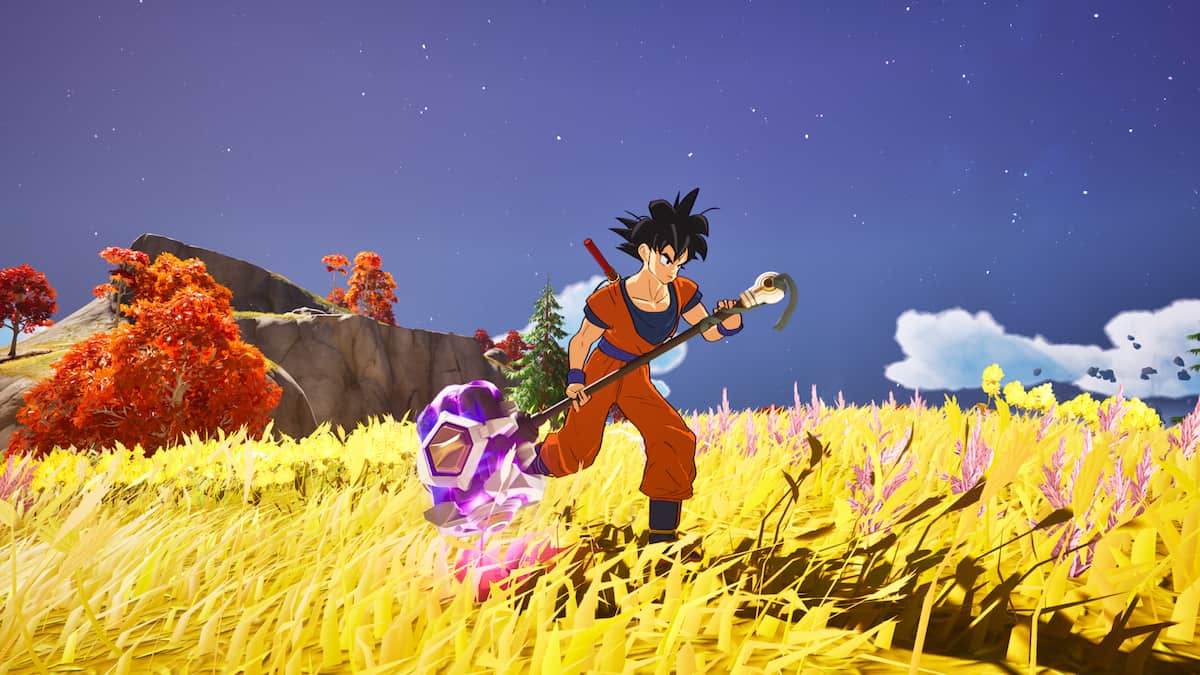 Shockwave Hammers are just one of several new weapons to be added to Fortnite’s loot pool in Chapter 4 Season 1, and anyone searching for a victory better get their hands on one. The item may be used for melee purposes, but the energy it exudes is capable of eliminating multiple enemies surrounding it. Best of all, those searching for a fast way to travel can use the hammer to bounce from one location to the next. Here’s how to get a Shockwave Hammer in Fortnite Chapter 4 Season 1.

Albeit powerful, the Shockwave Hammer has a chance to be rewarded from simply looting chests or from picking it up as ground loot. Thus, it is entirely possible to find it anywhere on the map. However, the weapon holds the highest chances of being found inside of Oathbound Chests. These are unique, white crates that exclusively spawn within the autumn biome on the left side of the map. This includes inside of medieval-themed POIs, such as The Citadel, Anvil Square, and Shattered Slabs.

Once the hammer is obtained, you will have an assortment of abilties at your disposal. For one, you can use your respective aim-down-sights button to bounce over 50 meters upon slamming it down, while your shooting trigger will activate a bombastic slam that could potentially end all opponents near it. That said, you will want to swing the Shockwave Hammer wisely. Users can perform these abilties up to five times until it goes on a five-second cooldown to reload one additional charge at a time.

Aside from the hammer, the season’s loot pool currently holds more than a dozen other weapons — both new and unvaulted. For instance, the game restores six different types of bows to all battle royale modes, like the Shockwave Bow and Explosive Bow, while the overpowering Ex-Caliber Rifle and Maven Auto Shotgun have dropped to the island for the very first time.