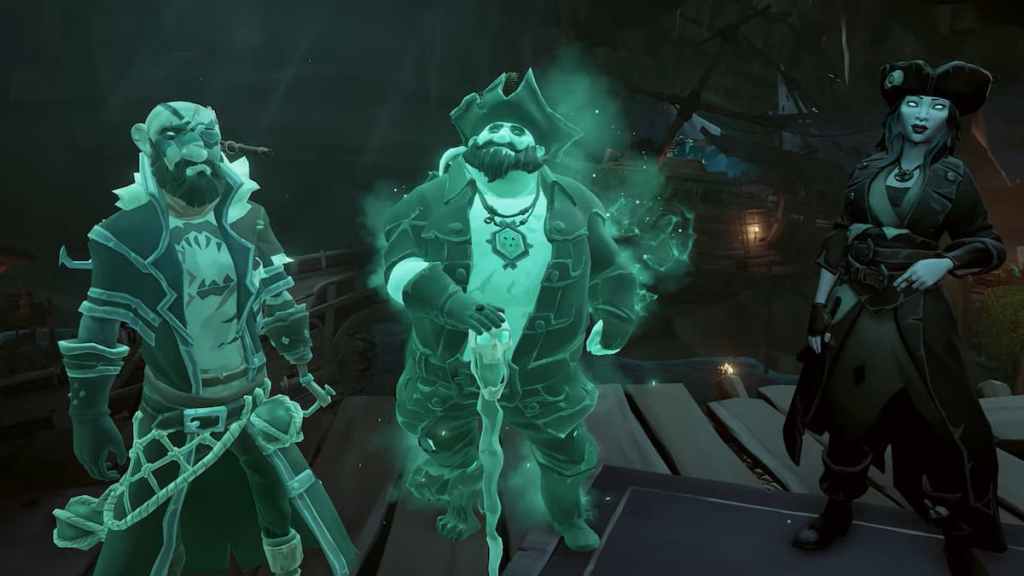 Those who have elected to fight back against the encroachment of the nefarious Captain Flameheart in Sea of Thieves will have found themselves aligned with the Guardians of Fortune, the Pirate Lord’s loyal emissaries. Netting Allegiance with these sea-dogs will unlock a host of rewards, not least of which is access to the secret area hidden away in the Athena’s Fortune hideout. Achieving this is no small task, so here’s everything you need to know about how to find it.

Finding the secret area of the Athena’s Fortune hideout is arguably a little trickier to achieve than gaining entry into the Reaper’s Lair for the Servants of the Flame. Like with Captain Flameheart’s lot, you’ll need to achieve Allegiance level 100 with the Guardians of Fortune, which can be done by sinking ships aligned with the Servants of Flame and hoarding faction treasure. However, where accessing the Reaper’s Lair for the Skeleton Curse required a reputation rank of 75 with The Reaper’s Bones, access to the Athena’s Fortune hideout requires attaining the status of Pirate Legend, a truly gargantuan effort that necessitates earning a reputation of 50 in three different trading companies.

Still, once you’ve gained access to the Tavern of Legends, it’s a relatively simple task to gain access to the secret hideout. No need to mess around with new shanties or anything like that — simply speak to the Pirate Lord himself and choose the requisite dialog option to gain access to the secret area, as long as you’re at level 100 Allegiance with the Guardians of Fortune. A little further down you’ll find fan favorites Merrick and Belle, along with the ability to gain the Ghost Curse, a suitable reward for your hours of placating trading companies and fighting the good fight in the Battle for the Sea of Thieves.