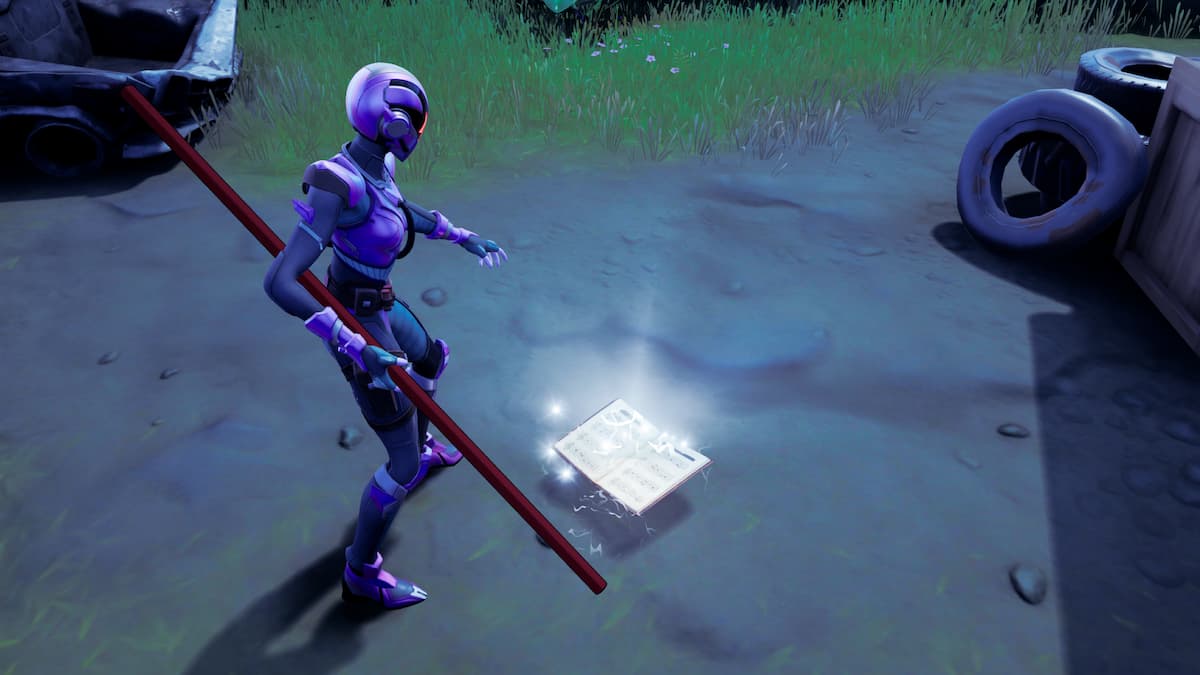 Fortnite Chapter 3 Season 4’s Fortnitemares event brings players tons of Halloween-themed content, and this even spans to dozens of new quests which reward XP and free items, but some can be more demanding than others. This includes the challenge of digging up and collecting four Terrifying Tablatures: musical documents that are evidently buried underground. Here’s where you can pick up each of these tablatures and what the quest will gift you in Fortnite.

All Terrifying Tablature locations in the Fortnitemares quest

You will not have to travel too far to snatch every Terrifying Tablature, as all four are actually located inside dirt mounds around the Grim Gables POI. If you haven’t discovered this location yet, it is set north of Loot Lake and includes a spooky haunted house with a maze in its backyard. Once there, you can pick up each tablature by breaking their dirt mounds with your Harvesting Tool. You can find each Terrifying Tablature location marked and listed below.

Related: How to acquire the Zero Point Pretzel effect in Fortnite Chapter 3 Season 4

After you have gathered all Terrifying Tablatures, the new Ink-Stained Music Pack will be rewarded for your efforts. It is important to note that you should watch for dangerous NPCs while inside of Grim Gables. The Halloween event has provided players a new boss inside the POI known as the Inkquisitor. Luckily, the Fortnitemares’ quests allows you to defeat the character and his zombie minions for additional XP and a Banner cosmetic.