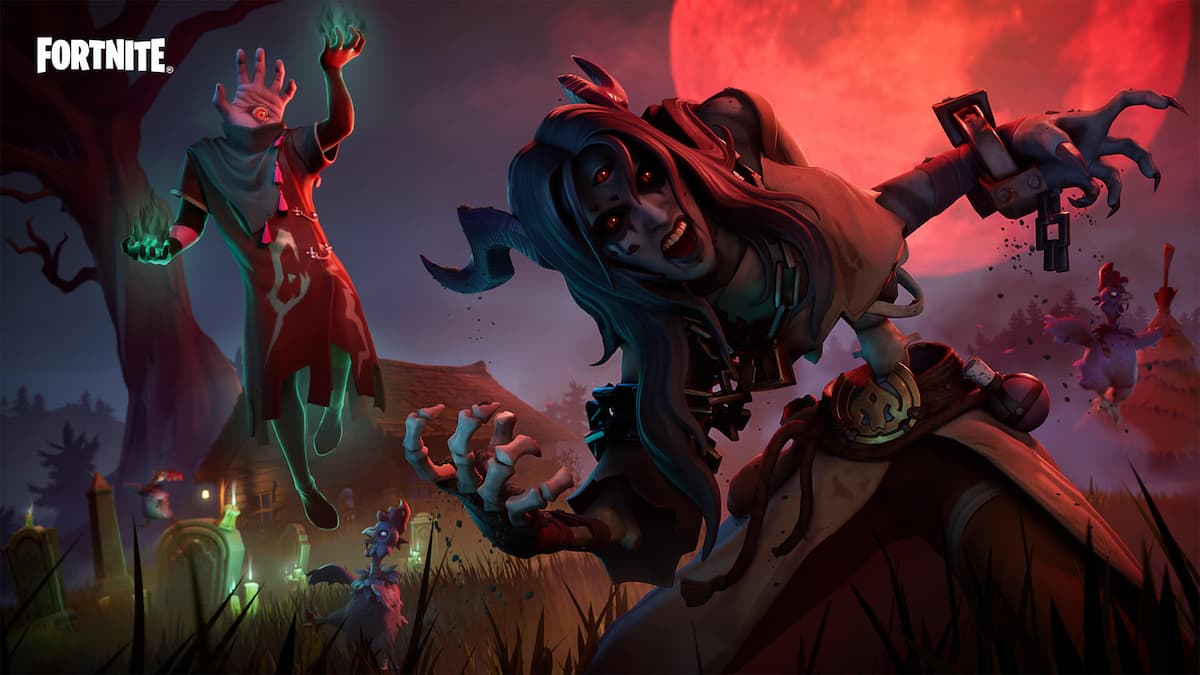 With Halloween drawing near, Fortnite Chapter 3 Season 4 has welcomed its annual Fortnitemares event. This extravaganza is live for two whole weeks and offers several spooky weapons and locations for players to witness. Those taking part in the event can even soar through their Battle Pass with ease, as Fortnitemares will supply several quests that reward free cosmetics and bunches of XP. Here’s every Fortnitemares 2022 quest and reward in Fortnite.

Similar to August’s Dragon Ball event, the battle royale will release at least two new Fortnitemares quests each day up until its end on November 1. That means you can anticipate a total of 28 quests over the course of 14 days. Better yet, they not only come with Bonus Goals that lead to cosmetics but players able to complete each one will earn 15,000 XP. You can find all currently available Fortnitemares quests and their requirements below. Additionally, this page will also be updated each day, so be sure to check back and find which quests have been added to the game.

Related: How to get the Explosive Goo Gun in Fortnite Chapter 3 Season 4

All rewards in the Fortnitemares 2022 event, and how to get them

Aside from XP, players can earn up to three free pieces of gear by completing a particular amount of Fortnitemares quests. These cosmetics are a part of the brand-new Living Metal set with each being made entirely of chrome. However, you will need to act fast to obtain them, as the rewards will only be up for grabs during Fortnitemares. All of the event’s free cosmetics and their unlock methods can be discovered below.

Related: What does Wolfscent do in Fortnite? Answered

Once the event ends, Fortnite Crew members are also likely to earn one of the subscription’s best cosmetics yet. According to prominent Fortnite leaker ShiinaBR, the November Crew Pack is expected to be the Inkquisitor skin and his own main menu music pack. It makes for great timing, as players can now find and battle the Inkquisitor boss in all of the game’s Battle Royale modes.