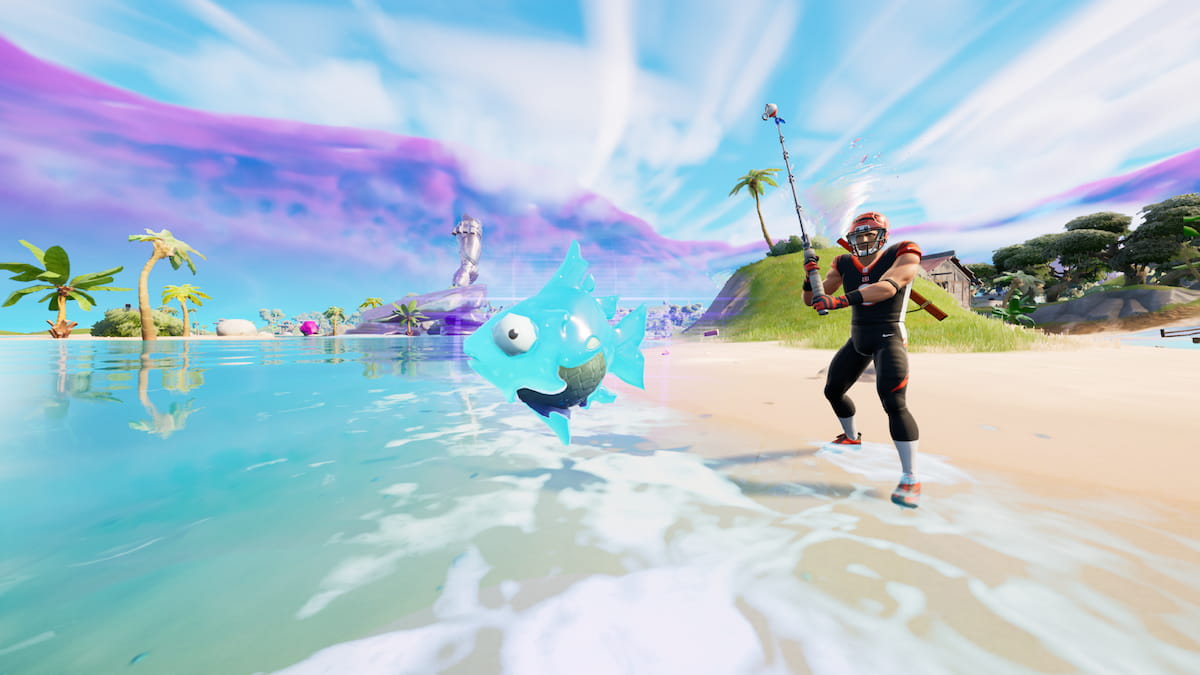 During Week 3 of Fortnite Chapter 3 Season 4, those taking on its seasonal quests will be tasked with discovering a Jellyfish, Shield Fish, or Slurpfish and consuming them for shield and a swath of XP. Unlike other items in the battle royale, these cannot be found in chest or as ground loot, so players will need to take to the open waters to fish for them. Here’s where you can catch these sea creatures in Fortnite’s latest season.

How to get a Jellyfish, Shield Fish, or Slurpfish in Fortnite

Luckily, there are actually several different types of Jellyfish, Shield Fish, and Slurpfish in the game, and consuming any one of them will count toward this quest. So, the fastest way to complete the challenge is to head to where fish and fishing rods are most plentiful. As marked below, most fishing rods spawn in barrels at three locations: north of Titled Towers at Loot Lake, on the island in between Lustrous Lagoon and Herald’s Sanctum, and at the river north of Chonker’s Speedway.

Once you have picked up a rod, you can fish at these areas’ nearby bodies of water for a high chance of reeling in a Black and Blue Shield Fish, Blue Slurpfish, or Slurp Jellyfish. You may pull in a few undesirable fish or items beforehand, but it should only take a few attempts to discover these. After you have caught one of the fish, the quest can then be finished by switching to the creature in your inventory and pressing your respective shoot button to consume it.

With the objective rewarding 20,000 XP, you can anticipate other quests from Week 3 to do the same upon completion. This includes landing at The Driftwood landmark and dealing damage with a marksman rifle from at least 75 meters away. That said, the only marksman rifle in the loot pool is the new Cobra DMR, a weapon with 20-round magazines and a swift fire rate.