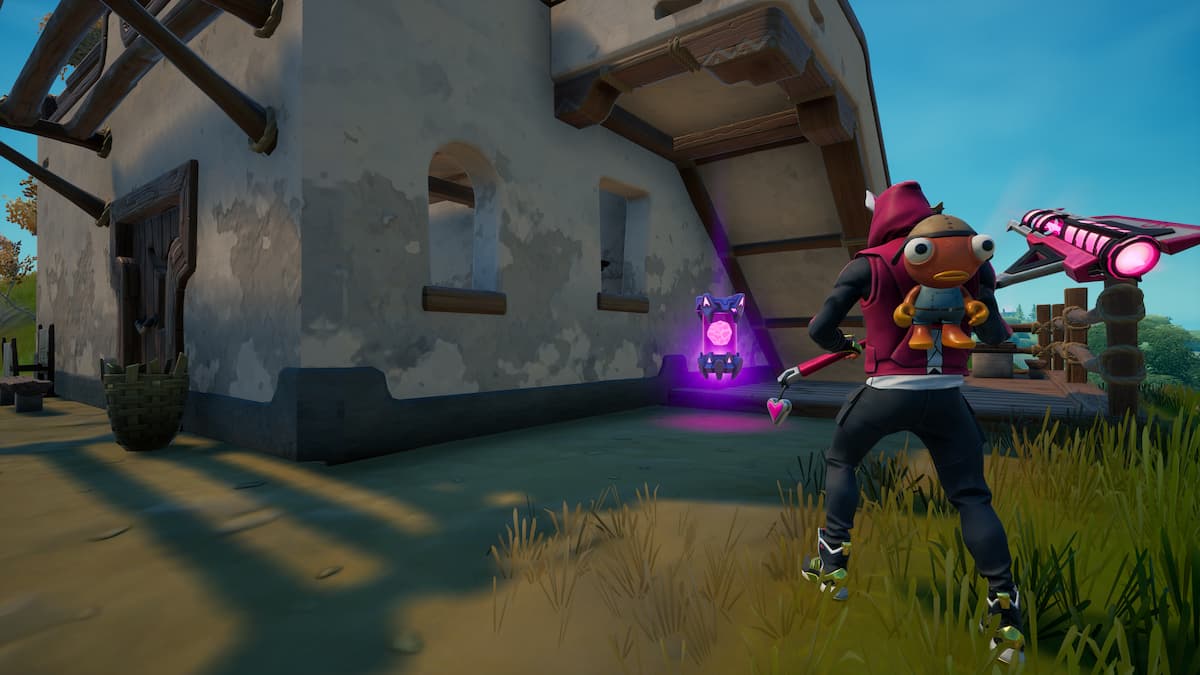 New Alien Artifacts have been added to the map in Fortnite. They are one of the collectibles that players can find on the map in Fortnite Chapter 2 Season 7. These can be used to change and customize the Kymera skin from the Battle Pass with different styles.

The first artifact can be found on the bridge to the south of Corny Complex.

This one can be found up on the Satellite Dish itself, so get some materials and build a ramp to get up there.

Next to a small building on the south side of the Guardian Tower near Pleasant Park.

On the western island with the Guardian Tower, in the building on the eastern side.

This artifact can be found near the uppermost level of the old flooded Shadow Base to the south of Dirty Docks.