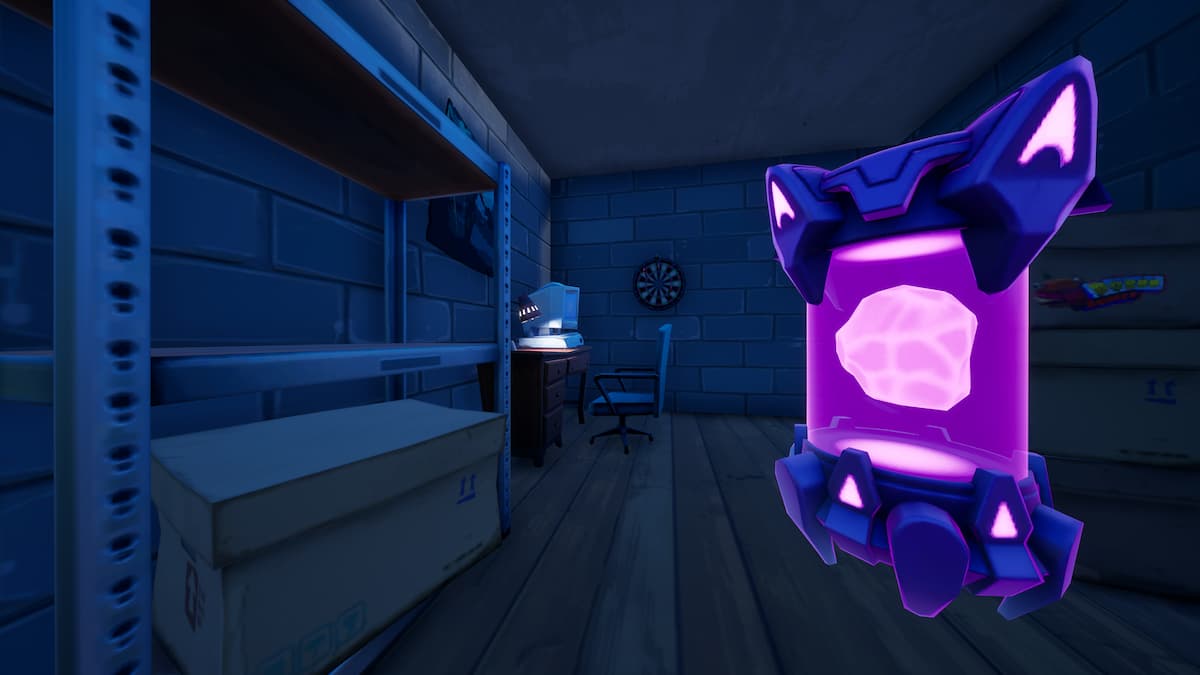 Week 4 of Chapter 2 Season 7 of Fortnite means a new set of Alien Artifacts has been added to the map. Once again, there are five up for grabs this week. They are one of the collectibles that players can find on the map this season. These can be used to change and customize the Kymera skin from the Battle Pass with different styles.

You can find the Alien Artifact in the pips on the wall on the west side of building number four at Steamy Stacks.

Can be found under the rear stairs at the main warehouse on the eastern side of Dirty Docks.

In the small shed building on the northwest corner of the town of Lazy Lake.

Floating in the upper levels of the large hotel building on the eastern side of the main recreation area in Weeping Woods.

This last one can be found outside the Holly Hedges Nursey among the plants, underneath on the metal shelving units close to the building.