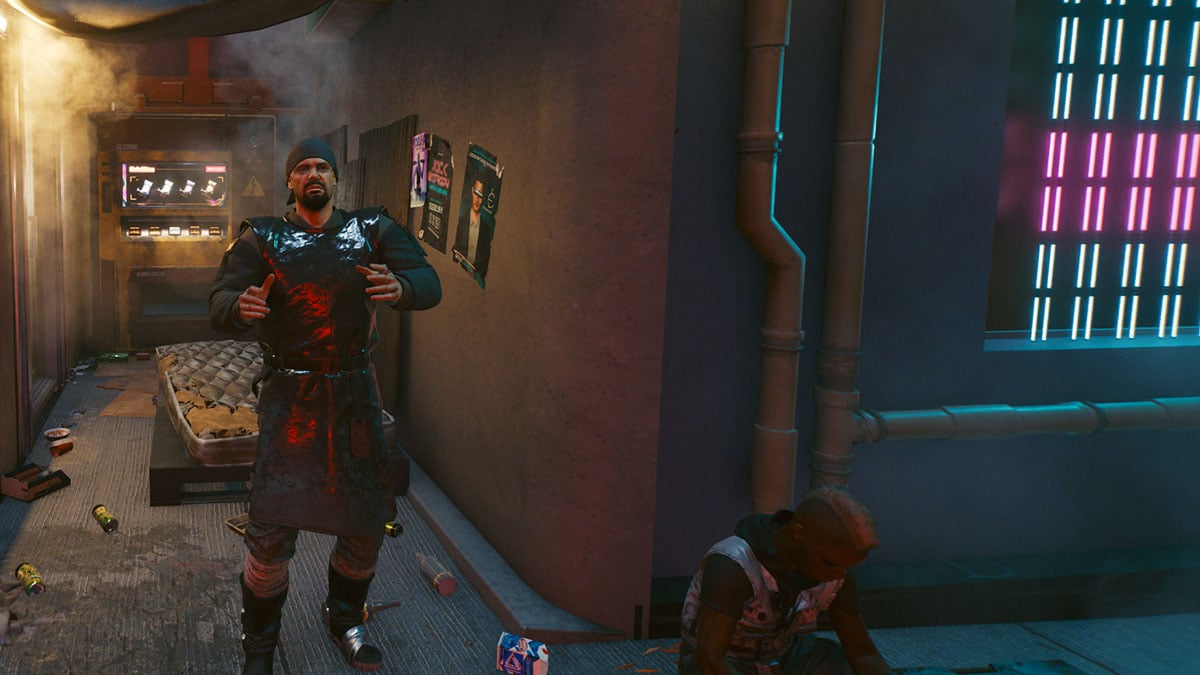 CohhCarnage is just one of the many streamers, Youtubers, and genral gaming personalities that you can find in Cyberpunk 2077. He has added his voice to the game to play a character called Garry the Prophet.

You can find Garry chatting about a shadowy cabal of vampires that rule the world if you make your way to Little China.

The easiest way to find Garry is to set your map marker to the Ripper Doc in Little China. This is Vik, the guy who helps you out a lot during the story. You will need to do a little bit of walking, but Garry the Prophet is pretty easy to find as he is standing at the side of the road, preaching about the dangers of the vampire cult that apparently rules everything.

If you stand and watch for a while, you will get some dialogue options. You can disagree with Garry, saying that the recent high profile murder victim is, in fact, dead, but you won’t be able to tell him why you not thing. Garry can also ask you for donations, in which case you can help him out, or tell him to go and get a job.