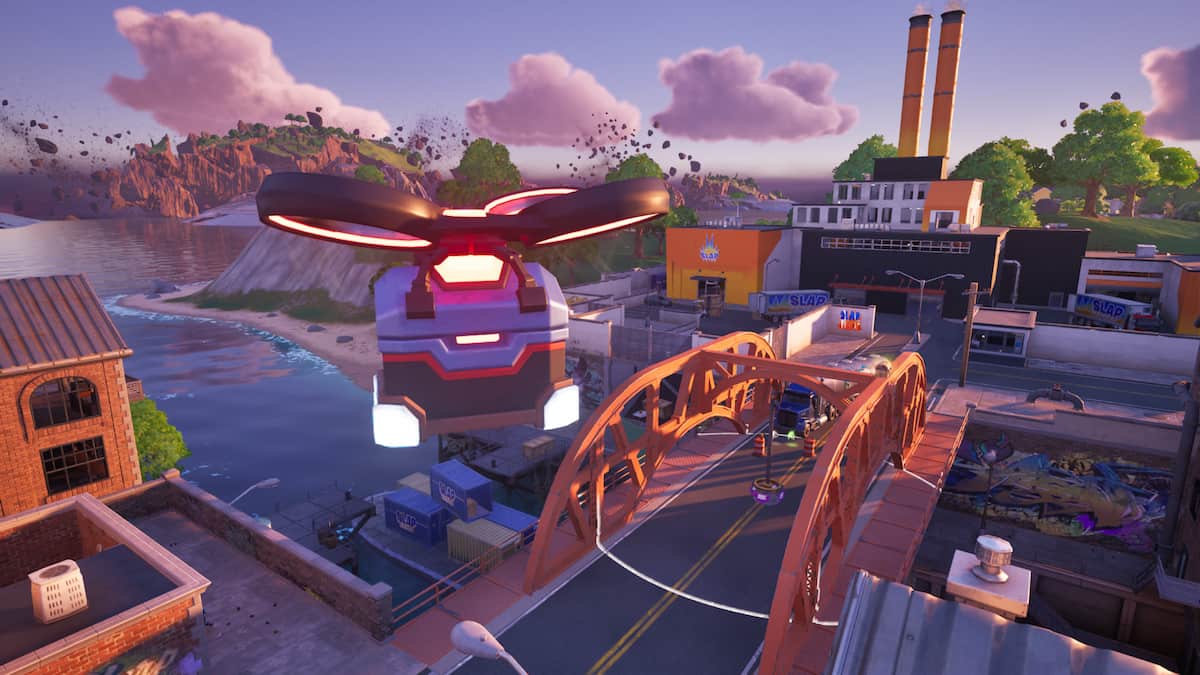 Traditionally, Fortnite players have found themselves searching for loot from chests or on the floors of POIs. Chapter 4 Season 1 changes up the status quo, as a number of objects around the map can be broken open for valuable weapons and healing supplies. One promising type of object you should be on the lookout for is the flying drone. This piece of tech gifts bundles of gear for anyone who shoots them down. Here’s where to find flying drones in Fortnite Chapter 4 Season 1.

Flying drones will only appear in each match above areas that are marked as Hot Spots. As shown below, Hot Spots are named locations that display golden text on the mini-map. Furthermore, you will not need to visit a POI beforehand in order to see if it is a Hot Spot. Those within a Hot Spot can find around five drones hovering over the center of the named location, all of which can then be shot down for them to release their loot.

Although each drone will drop different loot, you can always expect at least one weapon of Uncommon rarity or higher, two healing items, and a batch of ammo. Better yet, shooting down a single drone results in a 600 XP bonus, so be sure to attack as many as you can. This shouldn’t be too difficult, as most drones are known to drop after just one or two shots from any weapon.

Drones may make for an excellent way to earn loot fast, but the game’s new Capture Points arguably lend better weapon offerings. These points can also be found inside of Hot Spots, and task players with holding down a POI in return for multiple guns and the ability to see chests through all walls and structures.