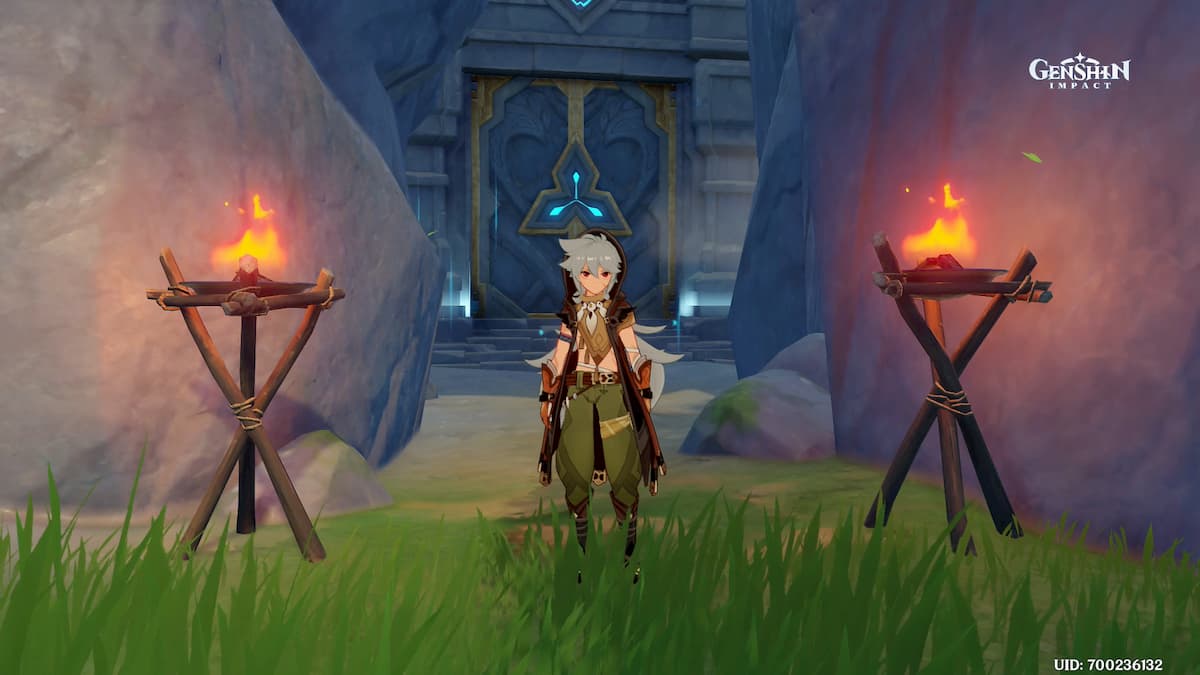 The Teachings of Freedom are an important resource in Genshin Impact. You need them to level up abilities for Amber, Barbara, Diona, and Sucrose. They will also be needed for characters from the upcoming 1.1 update.

You can farm the Teachings of Freedom at the Forsaken Rift. The Forsaken Rift can be found to the south of Springvale. There is no special unlock mechanic, and you can find the entrance in a deep ravine near the current end of the map in Mondstadt.

The Teachings of Freedom will be available to farm at Forsaken Rift on the following days:

The Forsaken Rift is a Cryo based challenge called the Domain of Mastery: Biting Frost, and it is recommended that you have Electro and Pyro characters in your party when you take on the challenge. You will mostly be taking on Cryo Slimes, with a shielded Cryo Casters spawning in at the end.

Remember, you will need 20 Original Resin at the end of the challenge to claim your reward, and this will limit how many times you can run Abyssal Domains each day.

Depending on the difficulty level you run the Forsaken Rift at, it can drop Teachings of Freedom, Guide to Freedom, or Philosophies of Freedom, and you can upgrade lower tier drops into higher tier drops at the Alchemy bench at a cost of three of the lesser resources to make one of the greater ones.