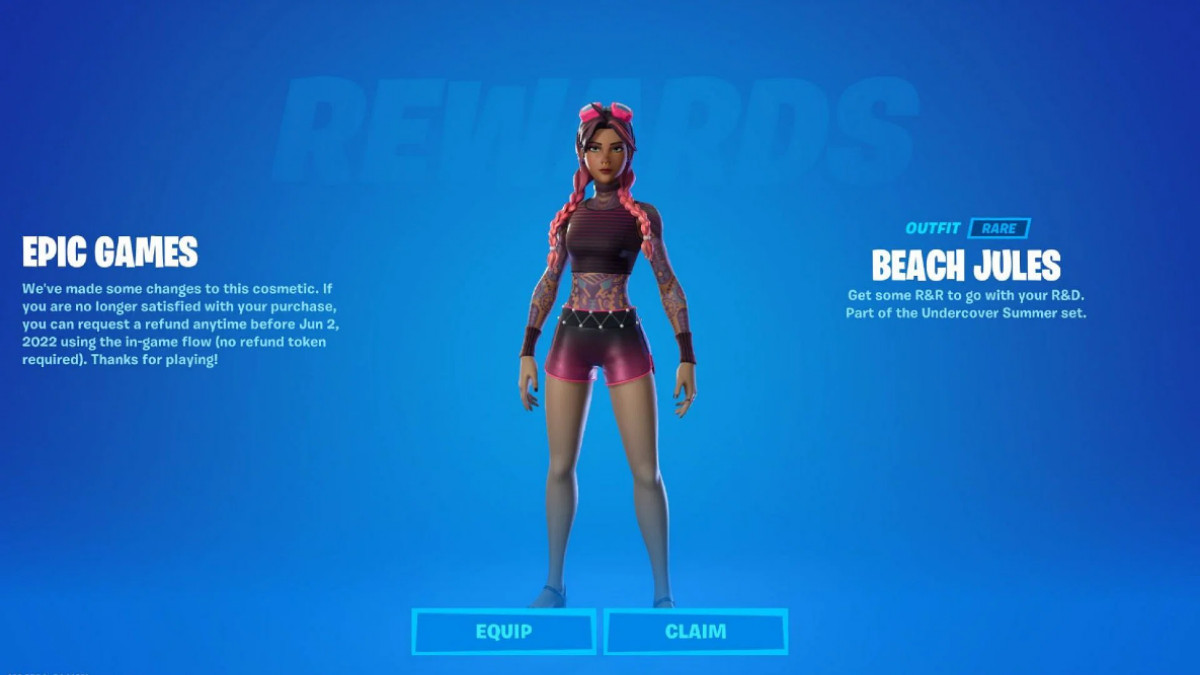 Fortnite players jumping back into the battle royale game following the recent v20.30 update might have noticed an in-game message stating players can claim a free Beach Jules Skin. This was actually an error on Fortnite’s end and was originally intended for players that own the skin, Epic Games has apologized adding that clicking the claim button won’t actually do anything, leaving fans confused and annoyed.

The message was originally sent following a recent alteration to the skin, the only noticeable change is that the skin features a darker skin tone which is more in line with the look of Jules’ other Fortnite skins. This isn’t anything new for players who started playing the battle royale game earlier in the game’s lifetime as it was much more common, the error is a reason why it’s getting more attention though.

Epic Games states in the message that players not satisfied with the changes have until June 2nd to request a refund using the in-game flow (no refund token required). Beach Jules was originally added to Fortnite back in June 2021 as a rare outfit available to purchase on the item shop for 1,200 V-bucks.

The Beach Jules skin confusion isn’t the only thing going on with the v20.30 update, the big addition is that the galaxy far far away is coming back just before Star Wars Day kicks off tomorrow. Some of the Star Wars goodies Fortnite Players can get their hands on include lightsabers, the return of previously released Star Wars skins, and possibly an Obi-Wan Kenobi skin if the tease is to be believed.