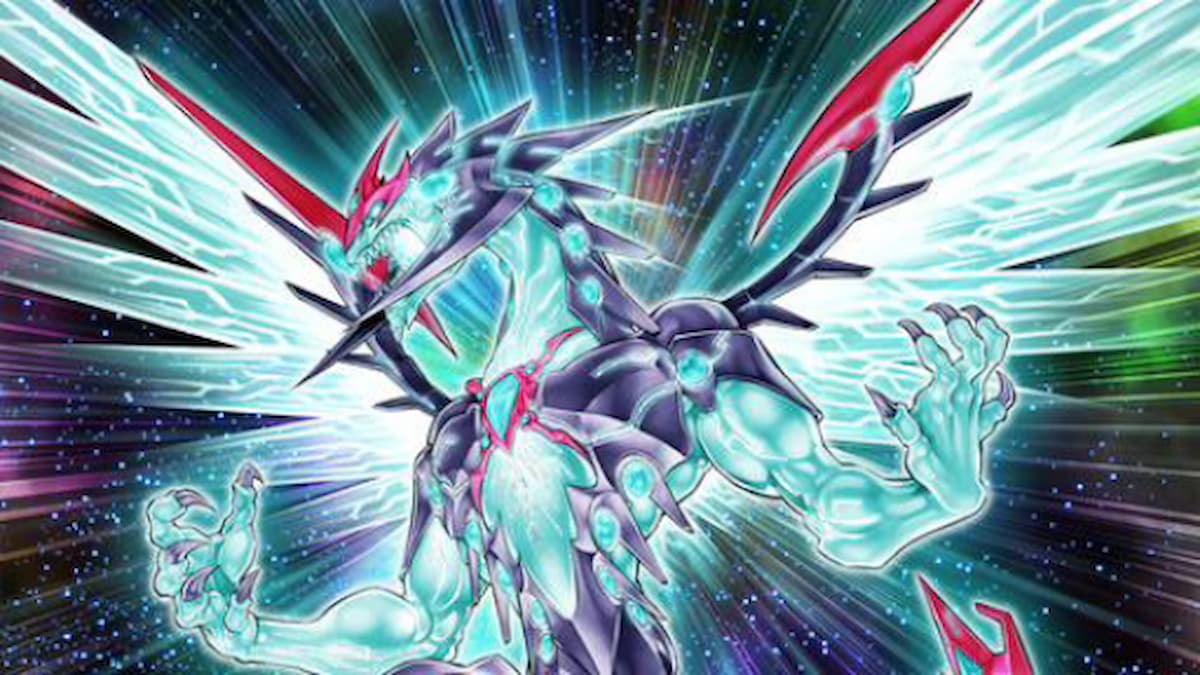 In Yu-Gi-Oh! ZEXAL, the “Number Hunter” Kite Tenjo, was a formidable opponent in the world of Yu-Gi-Oh!, thanks to his army of Photon cards. Now that Tenjo is officially a playable character in Yu-Gi-Oh! Duel Links, the Photon archetype, has been given a good amount of support by Konami. Photons can be a hard deck to face in Duel Links, thanks to its ability to go fast and knock the opposition out in one turn.

If you’re looking to build a Photon deck, you’ve come to the right place. Let’s go over recommended skills for Photons, plus cards that you will want to add to your build.

Ideally, you will want to run with the Galaxy Photon skill. Kite Tenjo is the only character in Duel Links with this skill, and that really shouldn’t be a shock, given that he used the Photon archetype in ZEXAL. This skill has the following effect:

This deck will run a lot of Monster cards, so you should have minimal problems getting this skill off on the first turn. Keep in mind, however, that this skill, as well as much of the cards that you will see in the next section, are materials that can be acquired when leveling up Tenjo, or are event exclusives.

As we mentioned earlier, this deck runs quite a few Monster cards. The goal for this deck is simple: get two Photon monsters out on the first turn, Xyz summon, and then go right into Galaxy-Eyes Photon Dragon. Galaxy-Eyes Photon Dragon is the boss of this deck, as it has 3000 ATK, can be Special Summoned, and has a couple of powerful effects. The one effect that you’ll want to get familiar with is this: when this card battles an opponent’s Monster, both cards can be banished, and then both will return at the end of the Battle Phase. This effect adds an incredible amount of protection, and it will also gain 500 ATK for each Xyz material on the other card, should it have been an Xyz Monster.

Now to get this deck off and running, you’ll want to start with either Thrasher or Crusher. Thrasher can only be summoned when you control no other monsters, so keep that in mind. Then, you can Special Summon Advancer and Vanisher, as both can be brought out when you control a Photon Monster. Vanisher is an ideal target, as summoning it can add one Galaxy-Eyes Photon Dragon to hand.

Getting two Photon Monsters out on the first turn is the goal, and you’ll see why in a minute. For now, let’s move on to the Spell Cards.

The one Spell Card you absolutely need to run in this deck is Photon Stream of Destruction. This Spell Card, which can be acquired by leveling up Kite Tenjo, allows the player to banish one card on the field, should you control a Galaxy-Eyes monster. Even though it’s a Quick-Play Spell, it does have an odd effect: you can only activate it in your turn, unless you control a Galaxy-Eyes Photon Dragon. Since this deck runs at least one copy of it, that effect should not be an issue. And, it can be easily added to hand thanks to the Galaxy Photon skill.

This deck doesn’t run a whole lot of Trap Cards, either. Trap Cards in this deck are really a personal choice, as there’s not one item that’s necessary in this build. However, some options include Fiendish Chain and Treacherous Trap Hole. Karma Cut might look like an appealing option, but due to its effect of discarding one card, it might not be the best option here.

Now we move to the Extra Deck of this build. Because of the Galaxy Photon skill, you will only want to utilize LIGHT monsters. Otherwise, the skill won’t go off.

We mentioned that you want two Photon Monsters on the field to start your go-around, and here’s why. Starliege Lord Galaxion is an Xyz monster that requires two Level 4 Photon monsters as materials, and it has a pretty powerful effect:

This effect allows you to get the big Galaxy-Eyes Photon Dragon out with ease, and with the Galaxy Photon Skill, it can also pop a card via Photon Stream of Destruction. Then, Starliege and Photon Dragon can attack a clear field and end of the game. That is the ultimate goal of this deck, to move fast, then get the two main Monsters out and win the game.

Other Xyz monsters that can be used for this build are Number 39: Utopia, Number 91: Thunder Spark Dragon, and the Sun Dragon Overlord of Heliopolis. All of these cards are LIGHT Monsters, which works well with the Galaxy Photon skill.

This deck, by in large, is actually pretty simple to build, as most of the items can be obtained from one box, plus grinding up Kite Tenjo’s character. However, since Tenjo is an event-exclusive character as of May 2021, this deck is not easy to build, nor will it be widely used as compared to Blue-Eyes or Cyber Dragons. Despite that, it’s still very formidable for those who can run it, thanks to its OTK potential,