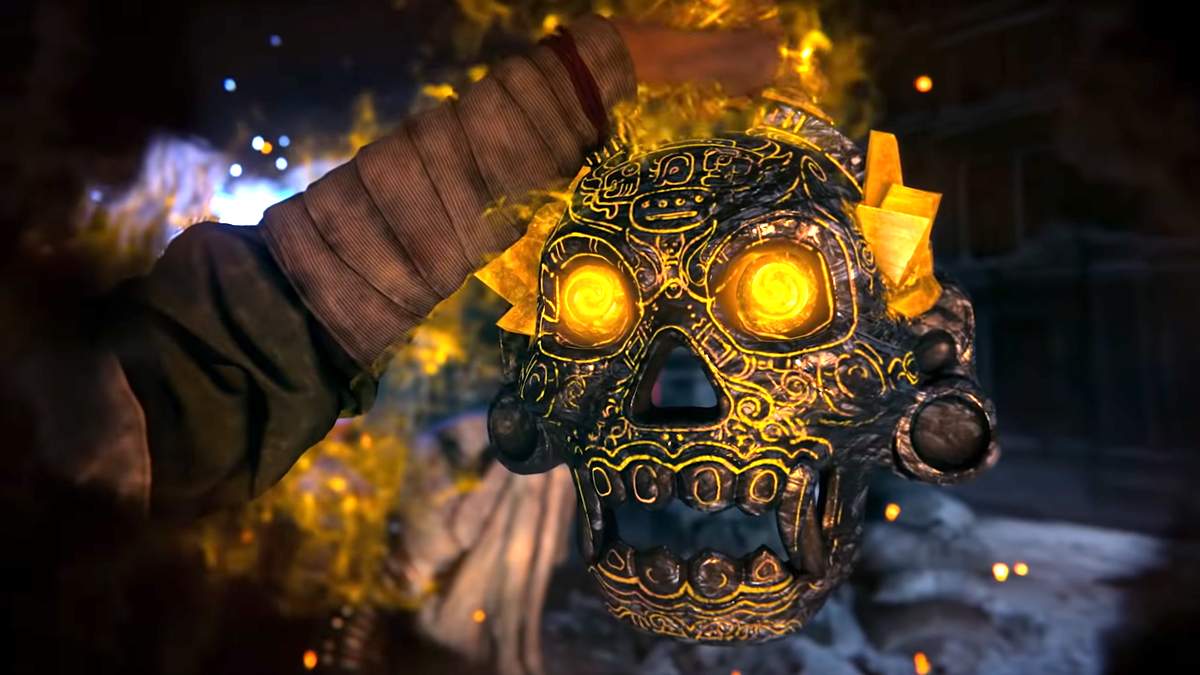 The upcoming Call of Duty: Vanguard includes Zombies, and we just got our first look at the wave-based survival mode. This time, the undead in our world are colliding with strange spirits on the other side.

The reveal trailer begins with commander Wolfram von List contacting some sort of being from beyond — he may be based on Guido von List, a real-life occultist who had a major influence in Germany and Austria in the early 1900s. This otherworldly force raises the zombie army that we’ll be fighting in Vanguard, but luckily, players have some magic tricks of their own.

The standout part of the trailer is a collection of weapons that harness occult magic. We see a yellow skull and a purple knife that talk back to players just like the spirit that contacted von List. The knife creates a protective circle of purple flames around the party, so any approaching zombie will take damage from the fire if they get too close. We also catch glimpses of some sort of floating red totem power, a burst of cold winter wind, and an explosive blue orb. These colorful, glowing weapons and their abilities will be the key to surviving in Vanguard’s Zombies mode.

As for the zombies themselves, we saw more than mindless shamblers. The trailer includes a running, glowing red one that is likely explosive, as well as a muscular minigun-wielding monster. The trailer ends with a floating, magical overlord zombie entering through a portal too — perhaps the one who contacted von List at the beginning.

The Call of Duty: Vanguard release date is November 5 on PC, PlayStation 5, PlayStation 4, Xbox Series X/S, and Xbox One. A behind-the-scenes stream will go deeper into developer Treyarch’s new Zombies mode at 1 PM ET today. Additionally, a new anti-cheat system called Ricochet will arrive with the game’s launch, and you can pre-order any digital edition now to unlock Vanguard’s Arthur Kingsley as an Operator in Warzone and Black Ops Cold War.