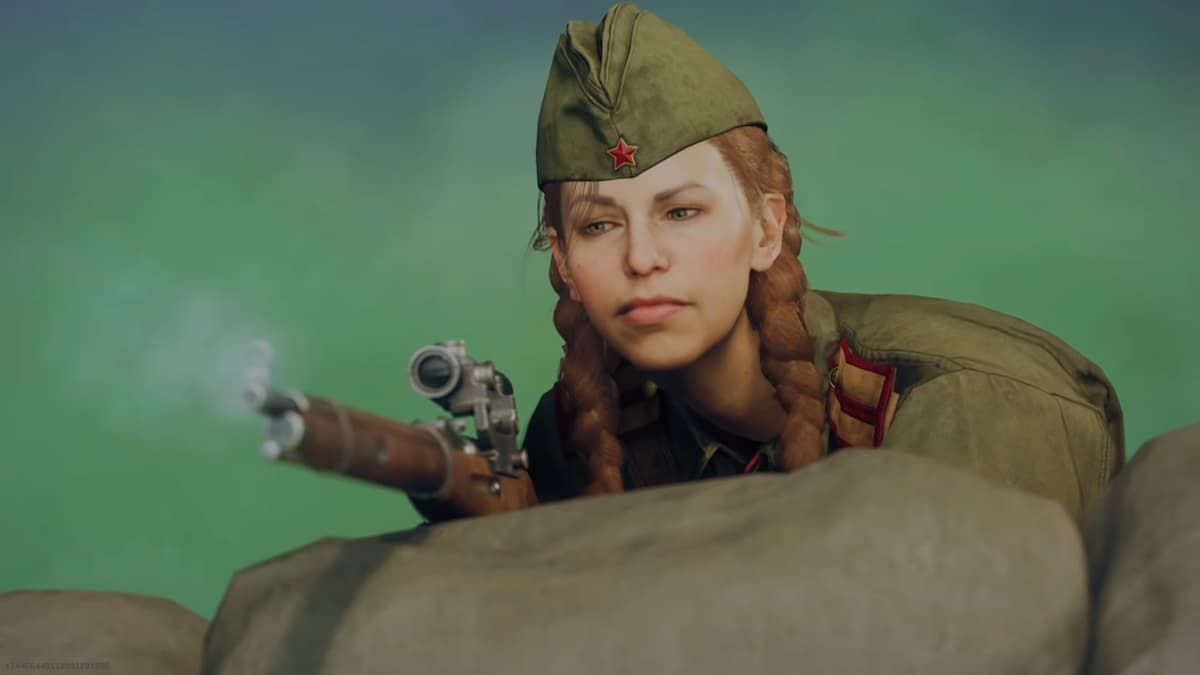 Activision has been rather coy with the release of Call of Duty: Vanguard, a title developed by Sledgehammer Games and set in World War II. There have already been several leaks, and the publisher has even been dropping obvious hints around social media. And recently, a character from Vanguard showed up in a Call of Duty: Warzone Season 5 victory cutscene.

The brief clip, posted by YouTuber AJ21&Family, shows a team boarding a helicopter via dropped-down rope after their victory. The last teammate seems to be safely lifted up but last minute is sniped and falls back down, dead. The camera then pans over and reveals the culprit to be a woman in WWII military gear, still holding her still smoking sniper rifle. It’s a great teaser and one that’s sure to build up hype for the game.

Previously, the official Call of Duty Twitter acknowledged the earlier leaks by posting four seconds of footage. The footage seemed to be from Vanguard as it showed off an air raid from the game. However, the words “LEAKS” and “RUMORS” had been edited over the fighter planes.

Recently, Activision Blizzard has been facing major scrutiny following a harassment lawsuit filed by the California Department of Fair Employment and Housing. There has already been a massive walkout from former and current employees, an open letter sent to media outlets from 1000 of those employees, and even an investor group with ownership stakes has published an open letter to the company that deeply criticized it on several counts.