CD Projekt RED has confirmed that Cyberpunk 2077 is in “the final stage of development” as the planned roadmap has a September 17, 2020 release date fixed. The game has been announced to have almost reached the end of its long development cycle in a just-published CDPR’s financial report.

“CD Projekt RED is carrying out with the final stage of development of its most expansive RPG to-date: Cyberpunk 2077,” reads the document.

The Polish developer has poured much effort into making the title its most ambitious and mature, role-playing game ever released.

“The game features a vibrant, high-tech open world, where players assume the role of V – a cyberpunk who has recently migrated to the most dangerous metropolis of the future: Night City,” the report further adds.

We should see the title in action once again in June when it joins the IGN Summer of Gaming lineup with a new gameplay reveal.

For a game that is releasing in less than four months, we’ve seen very little content thus far, and that should be a chance to learn more about it ahead of the launch.

As it reaches the end of the development on Cyberpunk 2077, CD Projekt RED is already planning what’s next, and that is reportedly involving The Witcher IP once again. 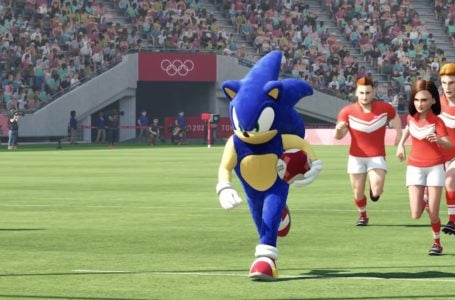 Can you play as Sonic in Olympic Games Tokyo 2020: The Official Video Game?