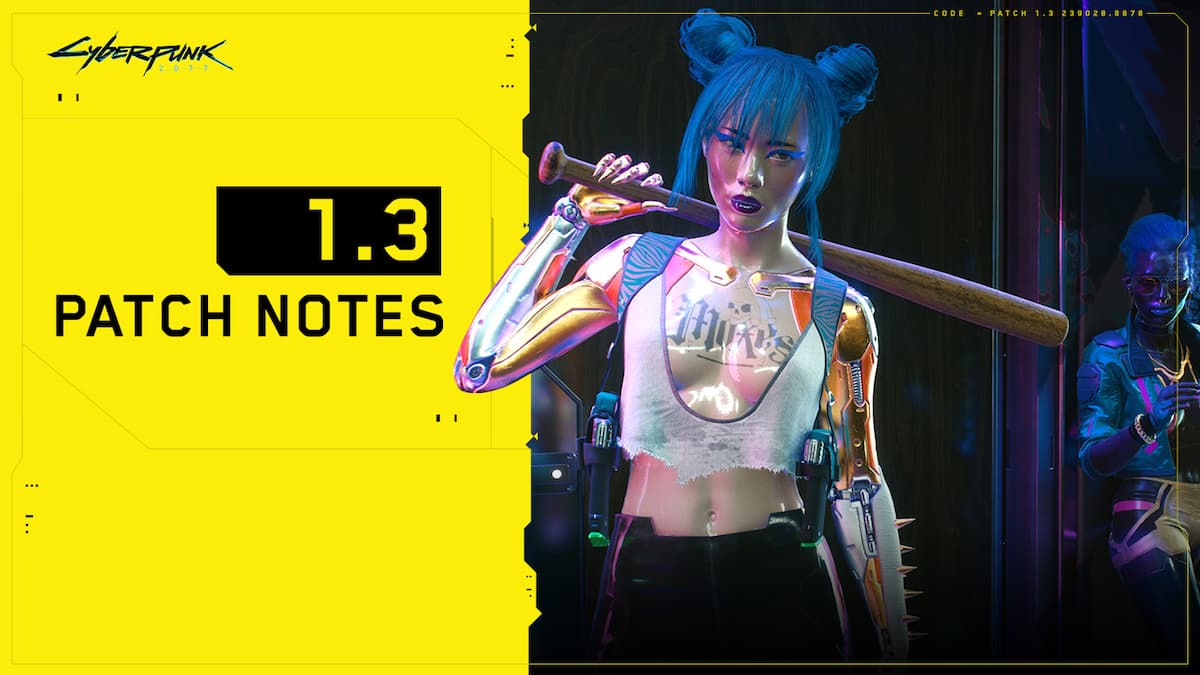 Original Story – Cyberpunk 2077 didn’t have the smoothest launch when it hit in late 2021. While the game still isn’t in a perfect state, developer CD Projekt Red has continued to provide players with updates that improve most aspects of the game. The upcoming 1.3 patch does just that while also adding a few pieces of free cosmetic DLC to sweeten the deal just a bit more.

Patch 1.3 will be the biggest patch CD Projekt Red has released to date. That means the list of improvements is very long, but a few things to highlight here. Notably, the team has improved Cyberpunk 2077’s minimap zoom, making it much easier to use. Plus, you’ll have several more save slots at your disposal, and a new button that lets you change your Perk distribution. And that’s only the tip of the iceberg. If you want to see the full list of changes coming to Cyberpunk 2077 with patch 1.3, be sure to check the official site.

The set of free cosmetic DLC includes several items for players to check out. Some of them will only unlock after finishing certain missions, but Johnny Silverhand’s alternative appearances are unlocked from the jump if you enable them from the settings. You’ll unlock the Multilayered Syn-Leather Deltajock Jacket and Luminescent Punk Jacket after you complete The Ride. And, you’ll get the Archer Quartz “Bandit” once you finish Ghost Town.

As CD Projekt Red continues to work Cyberpunk 2077, it seems likely that they’ll keep releasing free DLC content like this. The free DLC move brought them much goodwill during The Witcher 3’s release, so it would be surprising if they didn’t do the same with Cyberpunk 2077. And hopefully, fans eventually get major expansion pack releases on par with The Witcher 3’s Hearts of Stone and Blood of Wine.