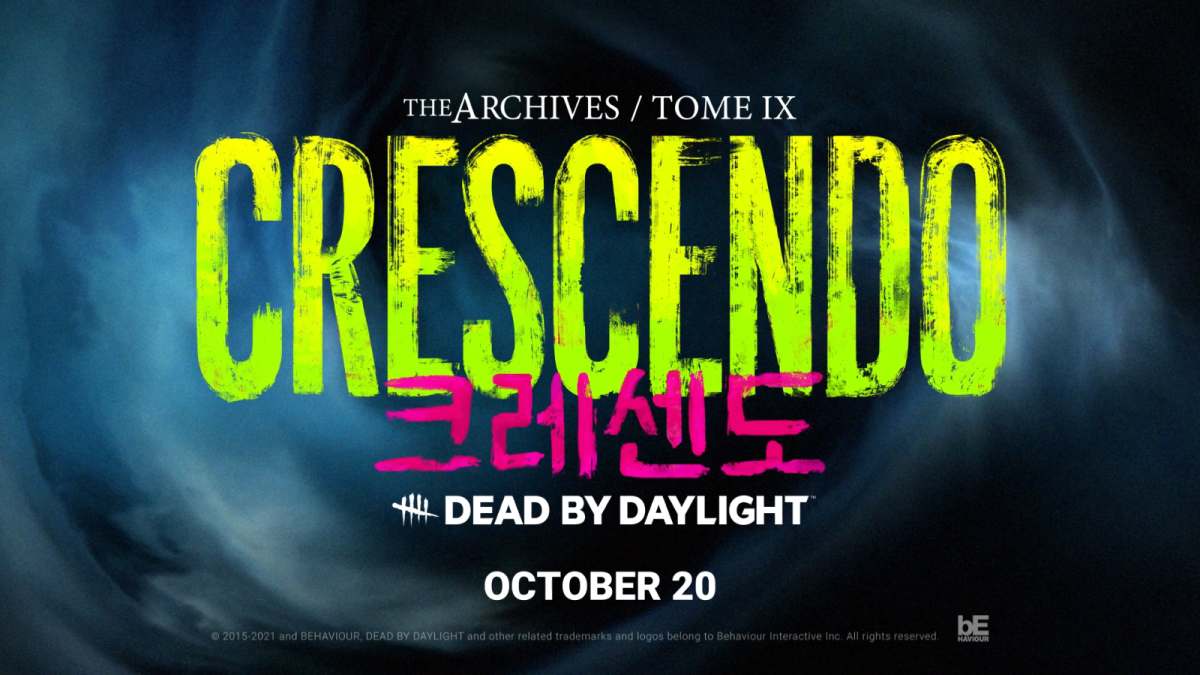 Dead by Daylight developer Behaviour Interactive announced the launch of the highly anticipated Tome 9: Crescendo. The reveal came through an animated trailer, which showcased a narrative that involves playable Killer the Trickster and Survivor Yun-Jin Lee.

The Trickster was released six months ago alongside Yun-Jin Lee as part of the All-Kill chapter. It is no wonder Behaviour Interactive chose to dedicate Tome 9 to this particular Killer, as All-Kill was the most successful Dead by Daylight chapter release to date, and the Trickster was well received by players for his hybrid playstyle, flexible perk options, and original backstory.

Dead by Daylight’s Tome 9 revolves around, among other things, Korean culture and K-pop. To properly inform the subject matters of Crescendo, Behaviour Interactive is once again using the consulting services of U-KISS singer Kevin Woo.

As is tradition, Tome 9: Crescendo also delivers a major content drop to Dead by Daylight. Players can expect a load of new limited-time cosmetics and rewards. More importantly, a new Tome means new narrative unlocks to work on. Players can hope to dive deeper into the background of both Yun-Jin Lee and the Trickster by completing new Archive challenges.