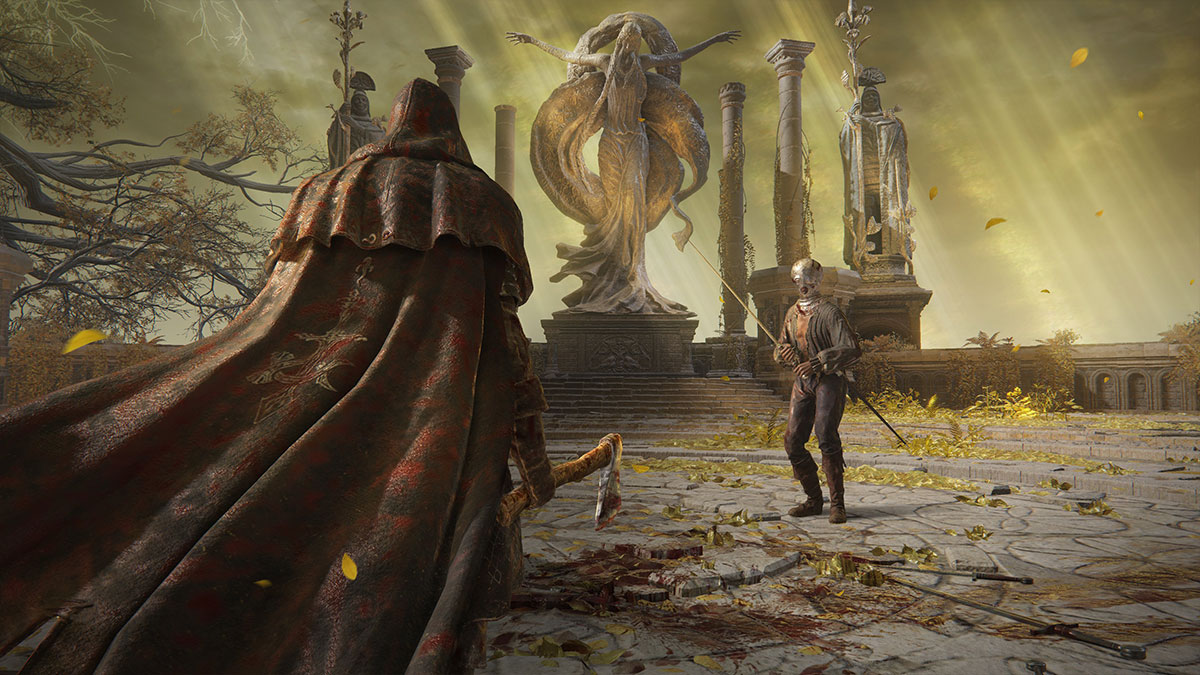 Elden Ring has received a few updates since launch, but today’s is the first one that adds actual additional content. Update 1.08 opens each Colosseum around The Lands Between, letting PvP fans finally duel each other in the arena. That’s only one part of the patch though.

The version 1.08 patch notes on Elden Ring’s website tell the full story of what this new update entails. The arenas in Limgrave, Caelid, and Leyndell Royal Capital are the highlight of the new content, of course, but there are also some new character creation options. Specifically, a number of new hairstyles are available. Remember that you can use the Clouded Mirror Stand at Round Table Hold to change your appearance once you’ve started the game.

There are also some important under-the-hood changes in update 1.08, and anyone itching to jump into a Colosseum will be glad to hear about them. A series of PvP-exclusive balance changes have tweaked counterattack damage and poise, in an effort to make duels fairer. There are also a number of general balance changes that affect the speed, poise, and damage of a variety of weapons. Finally, the usual bug fixes are also a part of the update.

Getting access to the Colosseum is great, but Elden Ring fans are already expecting more. Due to the timing of the update, some believe that story DLC will be announced during The Game Awards this week. The theory is that the PvP update was released ahead of the show to clear the way for a more substantial announcement during the broadcast. It’s certainly on the list of things we want to see at the show.

The Game Awards air the night after Elden Ring’s Colosseum update arrives. The show will be broadcast on YouTube and Twitch starting at 7:30 PM ET / 4:30 PM PT on Thursday, December 8. Elden Ring is also up for a few awards this year, including overall Game of the Year.