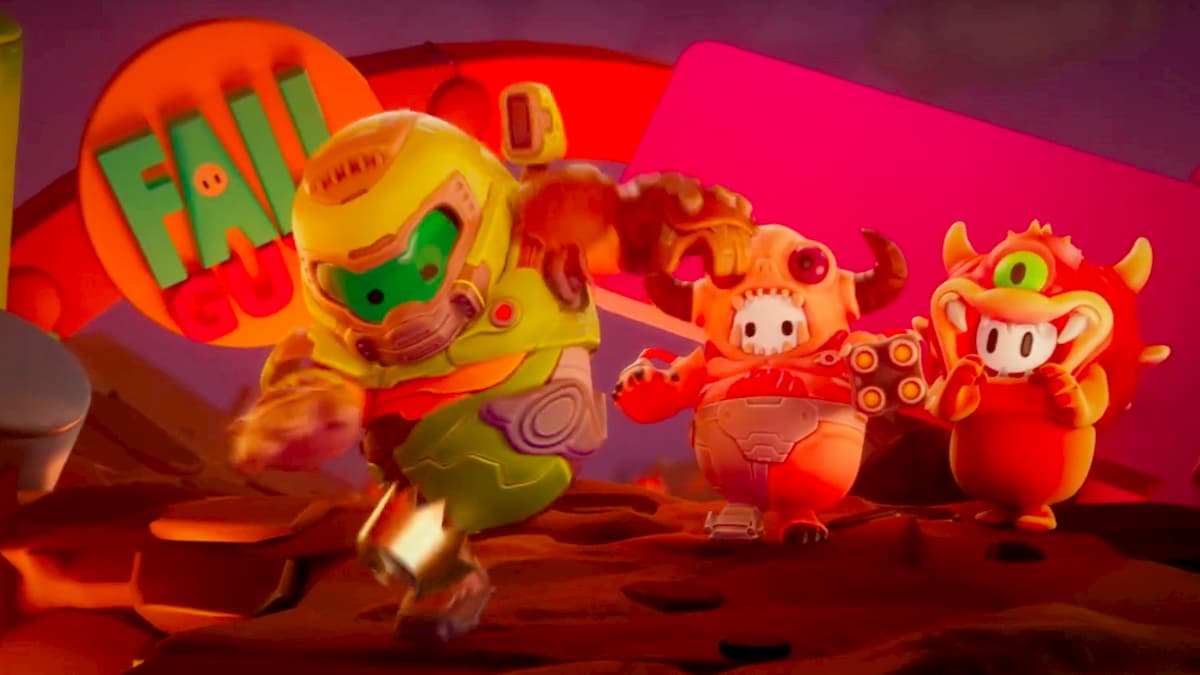 After crossing over with franchises like Half-Life and Sonic the Hedgehog, underdog battle royale Fall Guys: Ultimate Knockout will now venture deep below and into the world of Doom with three new costume offerings. In a trailer released by publisher Devolver Digital, it confirmed the hellish cosmetics will arrive in the game’s marketplace in less than a week.

Starting on January 12, those willing to spend some potentially serious Kudos will have the chance to buy a Doom Slayer outfit, plus two others inspired by the shooter’s iconic demons, the Tyrant and the Cacodemon. The cost of each has not been revealed, but they certainly do look rather priceless.

These bloody cute outfits are said to be available only for a limited time, but it is currently unknown for how long. Aside from the crossover, the game’s current Season 3 battle pass also offers even more stunning fashion players can unlock in the meantime.