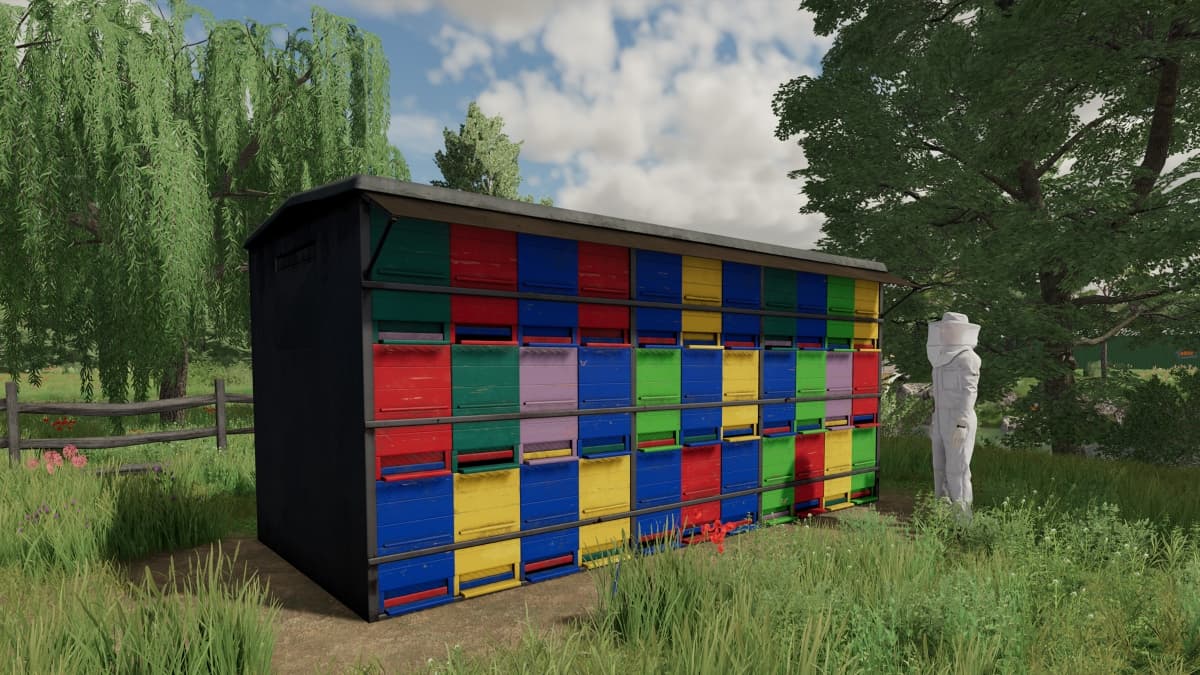 After announcing that Farming Simulator 22 will introduce mulching and soil rolling to the series, Giants Software has unveiled more features that allow players to grow more than the usual crop lineup. When the game launches on November 22, players can become beekeepers and build greenhouses for growing a variety of fruit and vegetables.

Players can sell the honey their bees create directly or to cereal factories, where they will be used as ingredients in numerous breakfast products. They will add more to the game than the ability to produce and sell honey, though. When placed next to canola, potatoes, and sunflowers, the crop yield will increase due to pollination. However, bees are only active during the warmer months and become dormant throughout the winter.

But that’s where greenhouses prove useful, as they allow players to continue generating income during the colder months. Once built, they provide the perfect environment for growing strawberries, lettuce, and tomatoes, even during cold snaps. However, they will need a constant supply of fresh water to flourish.

Alongside announcing these new features, Giants Software also released a new trailer that showcases some of the animals and wildlife that will appear in Farming Simulator 22. They include the usual suspects such as pigs, cows, horses, sheep, chickens, and a loyal dog to keep farmers company.