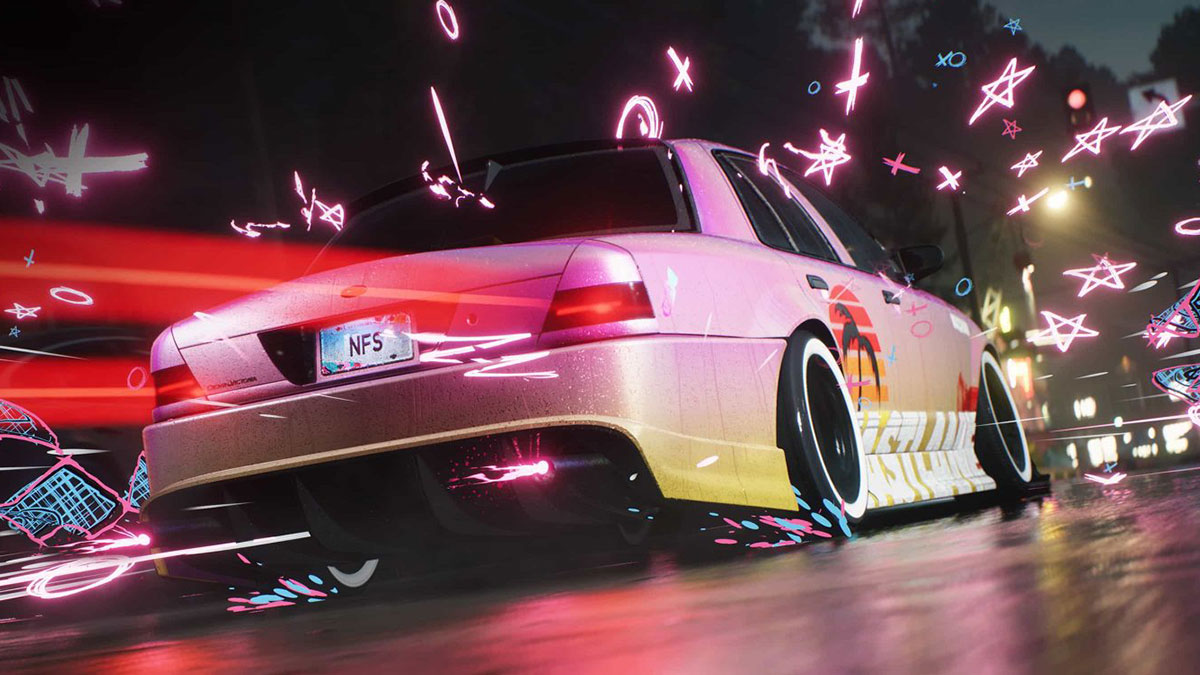 The Need for Speed series is all about the cars. Unbound will have over 140 rides to choose from, and even then you can customize each car to make it just the way you want. Previous Need for Speed games let you tweak your ride by changing out the tires, spoiler, paint job, and other physical components of the vehicle, but Unbound is taking things to the next level with far-out driving effects.

The game’s announcement trailer confirmed the street art-inspired cel-shaded look, and now the first proper gameplay trailer is here. It’s just over 30 seconds long, but in that brief time, it manages to cram in a whole lot of fantastic effects. “Access a brand-new toolkit of high-energy visual and sound effects to express your driving skills” the description teases. There are several smoke trails to choose from, unleashed when you activate the game’s new Burst Nitrous boost effect. Sparks fly from your tires, wings sprout when you hit a ramp, graffiti tags pop up when you drift — there’s a lot of cool stuff being shown off here.

As for when you can get your hands on all that customization, Need for Speed Unbound releases on December 2. There’s still some time to go before launch, so we expect to see plenty more footage and learn more about the game between then and now — this trailer was sweet but quite short. Unbound will be available on PlayStation 5, Xbox Series X/S, and PC via the EA App, Steam, and the Epic Games Store. Last-gen consoles and Nintendo Switch are unfortunately sitting this race out. It’s also worth pointing out that the game will not be available on Game Pass for Xbox or PC.

In any case, there are two versions of Need for Speed Unbound up for preorder. There’s a Standard Edition, as well as a Palace Edition which includes a host of bonus custom cosmetics. Preordering either version gets you an extra driving effect like the ones in the trailer.