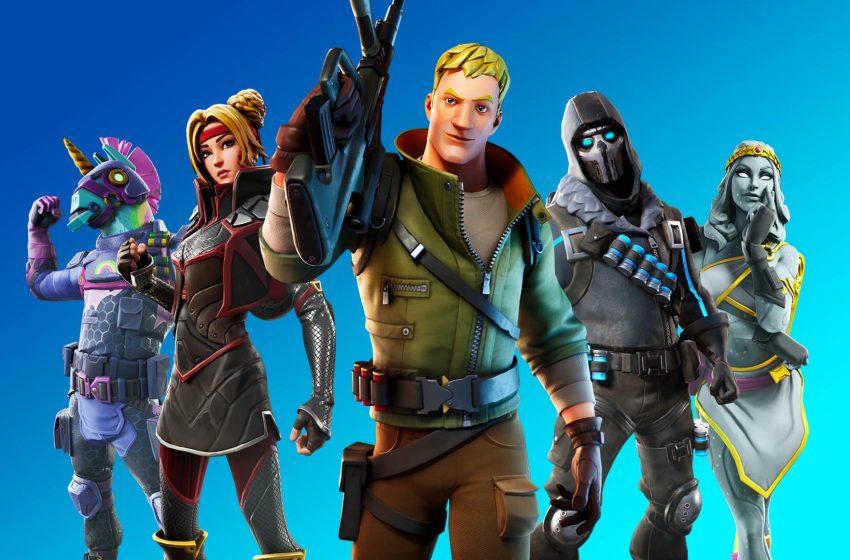 Original Story: Some changes might be coming to the map in Fortnite if some blurry 4Chan leaks are to be believed. Leaked images appeared on the site that appears to show some blurry scenes from a new cinematic, and a new map where Steamy Stacks is covered in some toxic looking purple clouds.

First shown by Youtuber iOllek, the images were then tweeted by Fortnite leaker ShiinaBR. Steamy Stacks isn’t the only place that appears to have changed, as Slurpy Swamp seems to be swampier than ever, with the strange blue goo reach further than before. With both sites being the same distance from the island in the middle of the map, we can already see the potential for something crazy happening in the future.

The main thing that this leak has going for it is a degree of consistency. The stills from the cinematic appear to show the game’s characters looking quite worried, with a bright purple light hitting the scene. This would seem to back up the idea that they witness Steamy Stacks going nuclear. Everything is very blurry, though, and very blurry means typically an effort to lend authenticity to fakes.

It is tough to predict the accuracy of leaks that are not datamined directly from game files, and even then, it can be hard to do as we saw with the supposed Annual Pass. Changes to the map in Fortnite are not a new concept, however, so there might be something behind this particular leak.

The current season in Fortnite is due to end on Feb. 20, so if something does go down at Steamy Stacks, it is likely to happen then. Before then, there is a hinted-at Birds of Prey tie-in event that may be on the way to the game.