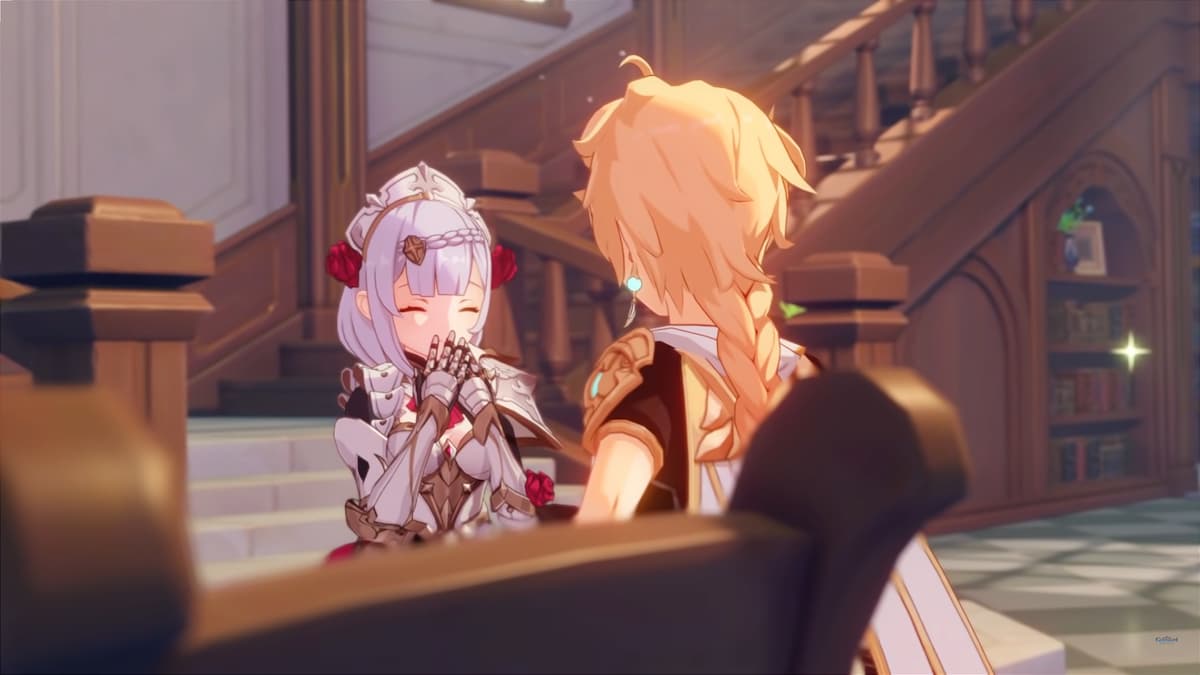 Part of Genshin Impact’s upcoming 1.4 update will be a dating sim type quest called “Invitation of Windblume.” To gain access, players will have to reach Adventure Rank 20 or more and complete the Song of the Dragon and Freedom quest, which nets an invitation to the spring festival.

The Song of the Dragon and Freedom quest will feature minigames and challenges which include two festival-exclusive items as prizes: the Windblume Festival Commemorative Balloon and the Windsong Lyre. There’s also a new four-star weapon called the Windblume Ode.

Newcomer “Thorny Benevolence” Rosaria will also be joining the game as a four-star character. “Wielding a polearm and the power of Cryo, Rosaria can quickly maneuver herself behind her enemy to attack from the rear,” reads an official description of the character. “Her Elemental Burst unleashes a mighty slash, dealing high Cryo DMG, followed by constant bursts of AoE Cryo DMG to nearby enemies over a period of time.”

According to developer miHoYo, the story questlines will have multiple endings to give players “some quality time hanging out with Barbara, Noelle, Bennett, and Chongyun, creating a rich range of memories together.” The above trailer implies that more hangout events will be available in the future. You can watch some brief gameplay from the developer’s stream below.

Other new features include players being able to hold up to five Condensed Resin in your inventory at once and the ability to lower your World Level to suit in both single-player and co-op.

Genshin Impact version 1.4 will be released on March 17 for mobile, PC, PlayStation 4, and PlayStation 5 via backward compatibility. We also have plenty of guides to help you through your playthrough.