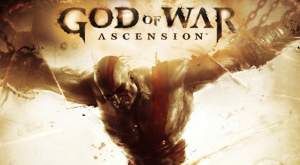 According to GameReactor sources, God of War is going gold as early as next week. When a game reaches the gold status throughout the development process, it means it only needs to be mastered and shipped to the retailers.

As you know, the PS4 exclusive action adventure is launching on April 20, which means there’s still a month ahead it can spend at the developer’s place before it actually drops. Usually, this amount of time is spent on further polishing it and prepping up, if required, a day one patch.

Also, in the past we’ve seen developers take the rest of that time in the effort to design and produce more content, most probably to be applied to the game at a later stage as a DLC. However, Santa Monica Studio has already ruled out the possibility of a season pass, so this doesn’t look the case.

Interestingly, Sony is doing things very carefully with its 2018 lineup, working well ahead of deadlines and milestones probably in order to work on proper and massive marketing campaigns. Recently, Days Gone was delayed by a similar modus operandi.