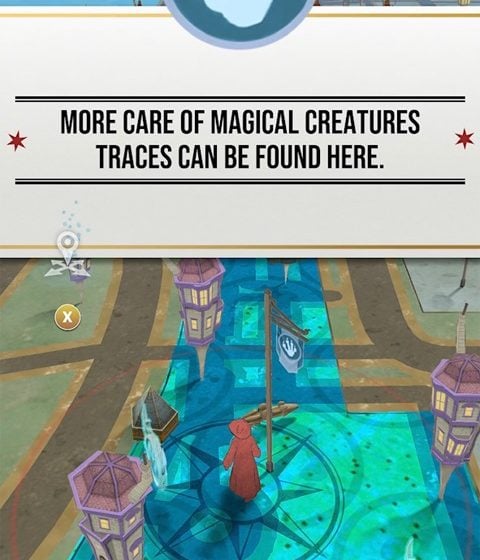 Niantic has shared additional details about its Harry Potter: Wizards Unite augmented reality game, co-developed by WB Games. For those who have played Niantic’s Pokemon Go game, this AR phone game will have some familiar gameplay mechanics, but you’re going to use magic instead of Pokeballs.

The mobile game centers around the player’s brand-new adventure set in the Harry Potter universe. They’re recruits for the Statute of Secrecy Task Force, where their first assignment is to learn about a Calamity that has befallen the Wizarding world, while also attempting to contain it.

Instead of Pokestops, players in Wizards Unite can expect to stop off at greenhouses and inns. These locations allow players to recover their energy, obtain magical ingredients for potions, and acquire Portkeys they can use on AR portals where they have the chance to visit iconic locations.

There are locations called Fortresses that are taking the place of Pokemon Stadiums where aspiring recruits can test their combat spells against dangerous foes. Most players will have to join forces with other Witches and Wizards in order to conquer them.

As players progress through the game, they’re going to unlock a magical skill tree where they can learn new spells to use during their journey.

Wizards Unite is set to release some time in 2019, and you can pre-register for the game now on Google Play.