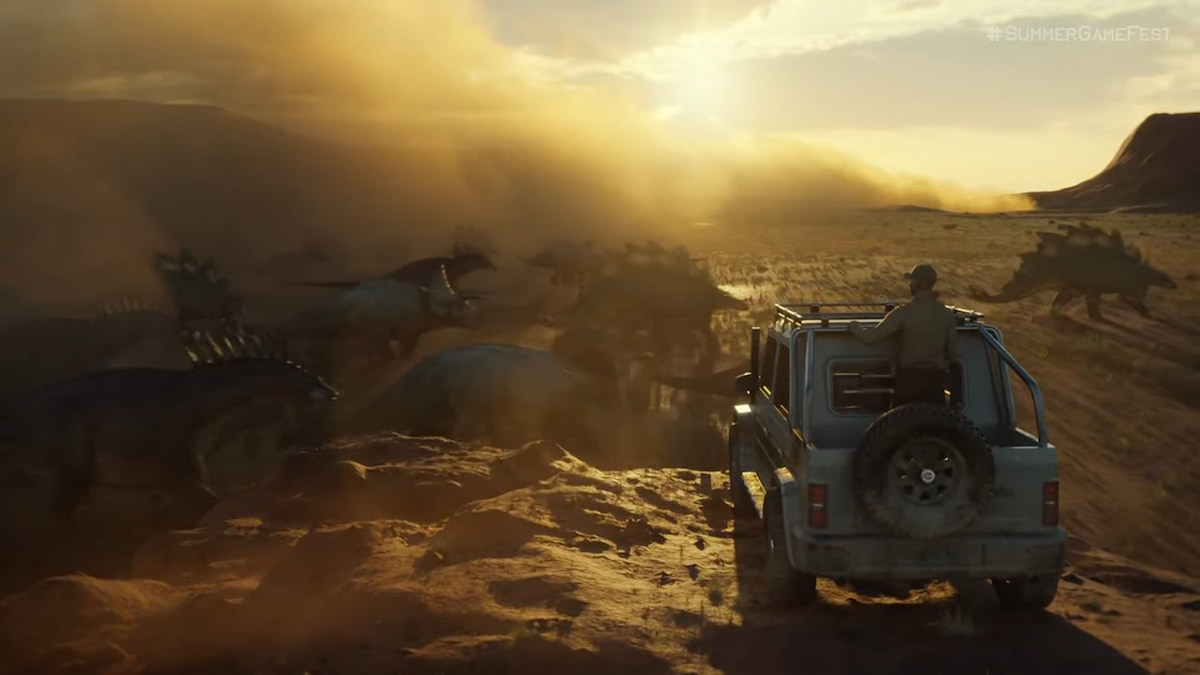 Jurassic World Evolution is receiving a sequel with Jurassic World Evolution 2, and it looks like the dinosaurs are out of the cages. Revealed at the Summer Game Fest livestream, the game is expected to release sometime in 2021. Despite all of Jeff Goldblum’s warnings about the dangers of dinosaurs and genetics, they continue to fall on deaf ears.

We were given a brief teaser of what kind of park players will be running in Jurassic World Evolution 2, and it looks a lot more freeing than the first game. Originally, many dinosaurs were placed into pens and cages, with players having to manage how to create proper holds around these creatures. Now, the wild dinosaurs are freely stomping around the environment, making it feel more like a wildlife safari, except the large lions are replaced with an eight-ton Tyrannosaurus.

By making the land a bit more freeing, it looks like players will be handling how to properly care for the dinosaurs and make sure their needs are met in the wild. It might also mean having to deal with a lot more dangers than the ones on land. We also briefly saw a Mosasaurus, the large water dinosaur from Jurassic World, which means players will deal with aquatic dinosaurs as well.

With an expected release date of 2021, we’re on the edge of our seat, ready to lead the research team working on the island and to hear Jeff Goldblum’s iconic narration throughout the experience.