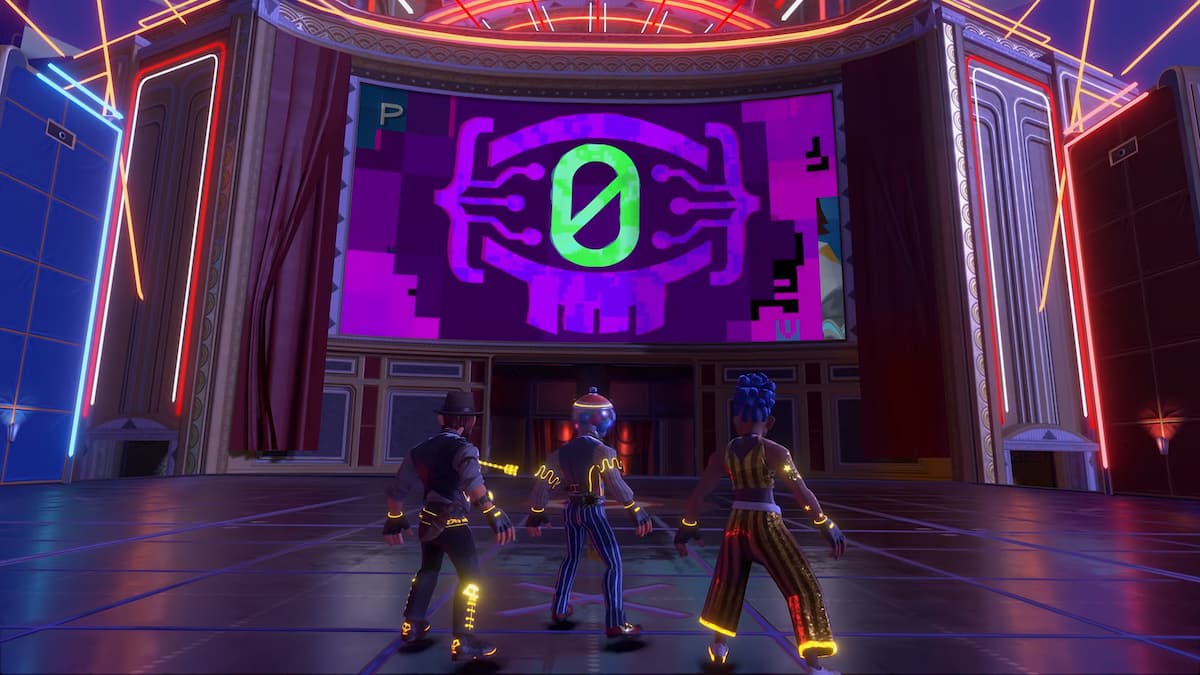 After taking players on a trip to the movies for Season 2, Knockout City is getting a techno theme for its third season, aptly titled “[email protected]” The theme of Season 3 will center on a mysterious new character called Z3RO, who’s taken control of Knockout City for reasons not yet clear.

Players will be able to uncover 11 Deep Space Dispatches when leveling up the season’s Brawl Pass, regardless of the Premium upgrade, which is audio logs in the form of transmissions that provide new lore for both the DJ on the Moon and Z3RO. Be prepared to invest some time into your Brawl Pass if you want to dive deeper into what’s happening in Knockout City.

A new map called Lockdown Throwdown will put players inside the yard of a prison stationed on an island surrounded by cliffs. Spotlight Drones and Security Turrets pose new threats during matches. Spotlight Drones alert Turrets when they find you, and Turrets will then try to trap you inside a Cage Ball.

Related: Knockout City Season 3 is arriving in October and will have important playlist changes to League Play

New cosmetics for this season will include a stylish chrome Grim Reaper glider and grenade holograms as rewards in League Play. Motorcycles are also making their way to the city, and new styles can be unlocked by completing contracts and progressing through the Brawl Pass. A new Crew Customization option for motorcycles will allow you to change the sound of your Crew Horn. Additionally, four new player voices will be available, including options like Street Tough, Sassy and Sweet, and even the voice of Z3RO themselves.

Knockout City Season 3 will be released on October 5.